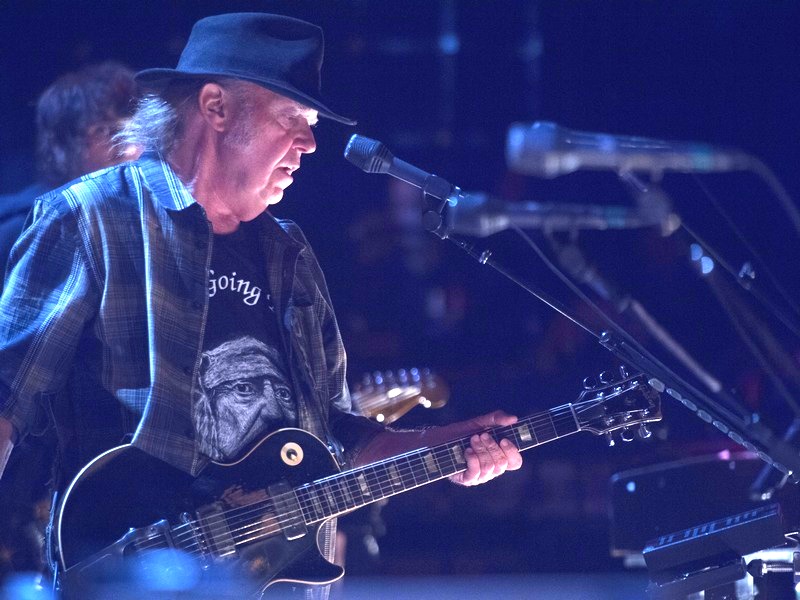 Neil Young has posted his second homemade “Fireside Sessions” concert via his website Neil Young Archives. website. Rolling Stone reported the solo online performance once again took part in his house and on his property in Telluride, Colorado, which was shot by his wife, actress Daryl Hannah.

Among the tunes played were a cover of Ian & Sylvia's “Four Strong Winds,” which Young recorded for his 1978 Comes A Time album, before heading inside to play “Birds” on an upright piano. Young took a break to wash his hands, joking that the show's sponsor was “water and soap.” Young also ran through “On The Beach,” “Homefires,” “Words,” and his first-ever solo acoustic version of 1990's Ragged Glory track, “Love And Only Love.”

Neil Young explained that as an artist he's able to influence the way people think or feel about a variety of issues: “That's why I'm doing this, because I can use my craft to do things. I can share a message. I can get awareness out there that these things exist and prove that they exist. I love it.”