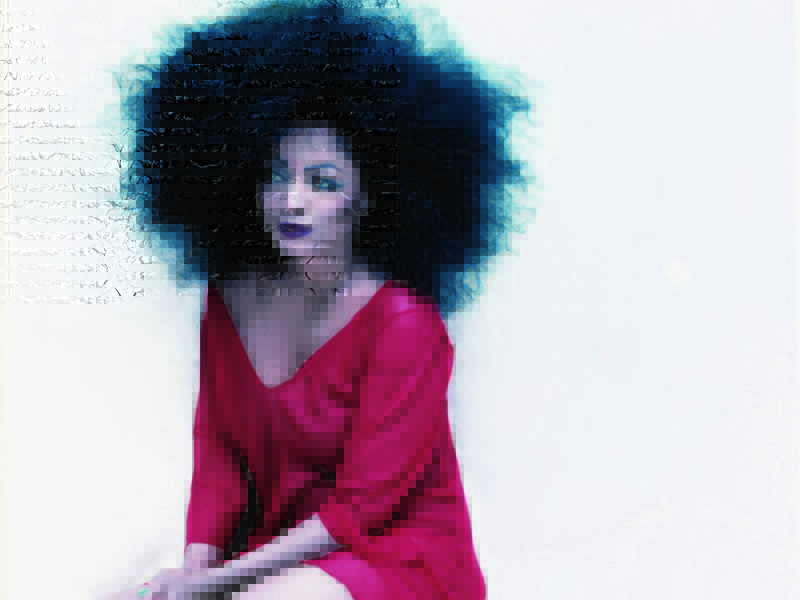 Happy Birthday to Diana Ross, who turns 76 today (March 26th)!!! Back in June, Ross revealed she might be tapping top pop producer Mark Ronson to head up her next album.

During the Q&A portion of her TD Toronto Jazz Festival concert, the former-Supreme told the crowd: “I'm getting ready to go in the studio and do another album and I want to do songs from where I am at, at this point in time in my life because I feel so incredibly grateful and appreciative of you. . . I don't want to sing the blues. I want to sing songs that really speak to. . . my life, and optimism, and positive (sic). So I met with this really incredible producer. His name is Mark Ronson. And he is such a doll. He's so humble. I said, 'How do you feel after winning an Academy Award?' And he went, 'Next.' He's ready to go to work. He's lovely, lovely.” So far, there's been no further word on Ross' next studio set.

Last year, Diana Ross faced a bit of backlash after taking to Twitter to defend her late protege Michael Jackson against the most recent molestation charges leveled against him in the wake of the Leaving Neverland documentary. Ross tweeted: “This is what’s on my heart this morning. I believe and trust that Michael Jackson was and is A magnificent incredible force to me and to many others. STOP IN THE NAME OF LOVE”

Diana Ross was born and raised in Detroit, Michigan, and joined the R&B trio the Primettes in 1959. At the time the Primettes were made up of Mary Wilson, Florence Ballard, and original member Barbara Martin. After signing to Motown records in 1960, the group changed their name to the Supremes.

Starting in 1964 with “When The Lovelight Starts Shining Through His Eyes,” the Supremes scored 33 Top 40 singles, including 12 Number One pop hits. “Someday We'll Be Together” was the group's final Number One, after which Ross left to begin a solo career, which earned her an additional 27 Top 40 hits, including 1970's “Ain't No Mountain High Enough,” her first solo Number One.

She has also had a career as an actress, earning an Academy Award best actress nomination for her role as singer Billie Holiday in Lady Sings The Blues. Her other films included Mahogany, and The Wiz.

Donny Osmond recalled watching Ross whip her band into shape during a mid-'70s soundcheck: “There's a reason why they call her 'The Boss.' In Vegas, I can't remember if I was following her at Caesars or she was following us at Caesars. She was doing rehearsals during the day of our closing night and man she ruled with an iron fist. And you just didn't get in her way. But in a way, I admired it because she commanded the stage. She knew what she wanted (and) nobody would cross her.”

Diana Ross told us it took her years to finally become in charge of her career: “Y'know, you learn from mistakes. You learn what you have to offer and you try to give that back. And it gives you a little bit of ownership in that way. When you have a little ownership in executive producing, you have more of a voice in how certain things are done. Not that much, but you have somewhat of a voice, and it took me a long time to get to be an executive producer.”

Diana Ross' daughter, actress Tracee Ellis Ross, star of ABC's Black-ish, recently appeared on NBC's Late Night with Seth Meyers and joked about growing up with Ross as her mom: “(Tracee Ross): “She was a great mom, but my mom also (laughs) did she always would say to us, 'Oh, this, I'm not doing this. I'm not leaving you nothin.' I'm gonna to spend all this. (laughter) This is for me. You better get yourself a nice job.' I remember my mom saying, 'Tracee your hair products alone really are a problem. You're going to need to get a very good job.' (Seth Meyers): Oh wow. (Tracee): I have a lot of hair. (Seth): Yeah. (Tracee): I have a lot of hair. (Seth): She wouldn't even leave you hair money. She's saying she's not. . . (Tracee): No. Not even hair money. Maybe for a roof over the head and medical. (Seth): Yeah, okay, got you. She's not considering this a condition. (Tracee): No, this is not condition. Conditioning is on me.”

Ross' last studio album — 2007's I Love You — peaked at Number 32 on the Billboard 200 charts and featured covers of Queen's “Crazy Little Thing Called Love,” Harry Nilsson's “Remember,” Bill Withers' “Lovely Day,” Heatwave's “Always And Forever,” the Drifters' “This Magic Moment,” the Beatles' “I Will,” Spiral Staircase's “I Love You More Today Than Yesterday,” and Joe Cocker's “You Are So Beautiful,” among others.