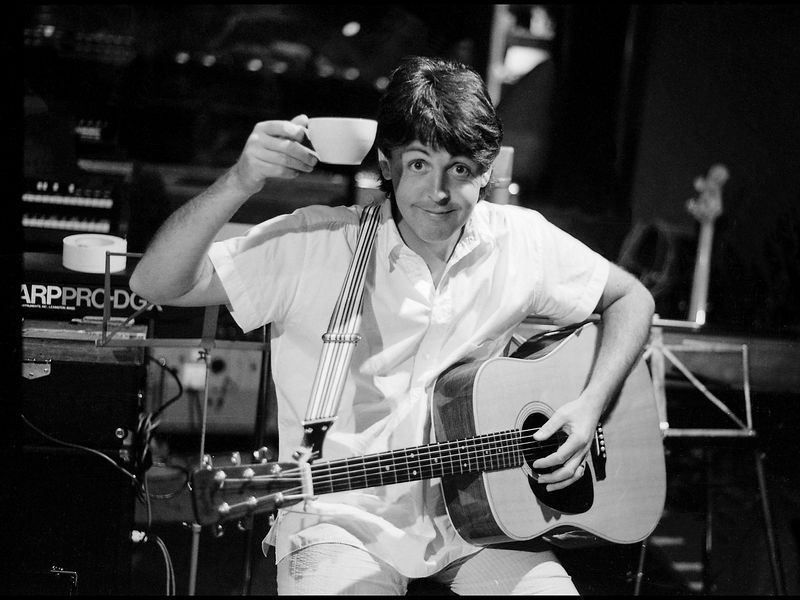 Paul McCartney puts down horseback riding and TV as his main ways to relax these days. During his monthly Q&A with fans dubbed “You Gave Me The Answer,” in which McCartney answers questions on his website (PaulMcCartney.com), he was asked about how he unwinds, explaining, “Horseriding is one of my favorite ways to relax. I have a farm in the country where I love to ride. I can go out for about two hours and trek around. It’s a big farm with some fabulous trails, a lot of which I made. It used to be my hobby when I had time on my hands. I would go out into the forest, take my Land Rover and then pull my chainsaw out and clear some paths, normally following animal paths like deer. Or some tracks had been made by forestry workers years before then had overgrown. So I’d make them into horse trails.”

“Macca” went on to say, “I also love just watching TV. I'm a big TV watcher! I know a lot of people watch series on iPads, I'm not so big into that. I prefer just easy television and (my wife) Nancy makes fun of me for it. Nancy calls it the 'Paul will watch anything department!' And she's right! In America, I will watch the infomercials. . . I end up watching something you wouldn't imagine I’d watch! I have to resist buying everything: 'I need a can of that!' DiDi Seven. There’s some stuff called DiDi Seven. It cleans everything! ‘I need some of that!’ Nancy will say, '. . . Are you sure?' Y'know, I've been thinking all day, either in the studio or in the office. Meeting with you guys. Doing things like answering questions, having meetings about this and that. So, I get home and just flop, turn the TV on, just flick around.”

Although Paul McCartney is seen jet-setting around the globe performing sold out shows year in and year out — he told us that he's learned how to downshift into being a normal guy when he's away from the glare of fame: “I can switch off, actually. This is me switched on. I switch off — that's why I'm so private in my private life — that's where I switch off. Not here — I'm switched on, here. I switch off and I'm not. . . I'm nothing like famous then, not in my own mind, y'know? I do make a big conscious effort to switch off, 'cause I see it as a major danger if you can't; but not just for me — for everyone. If you take your work home, it's, like, crazy time.”