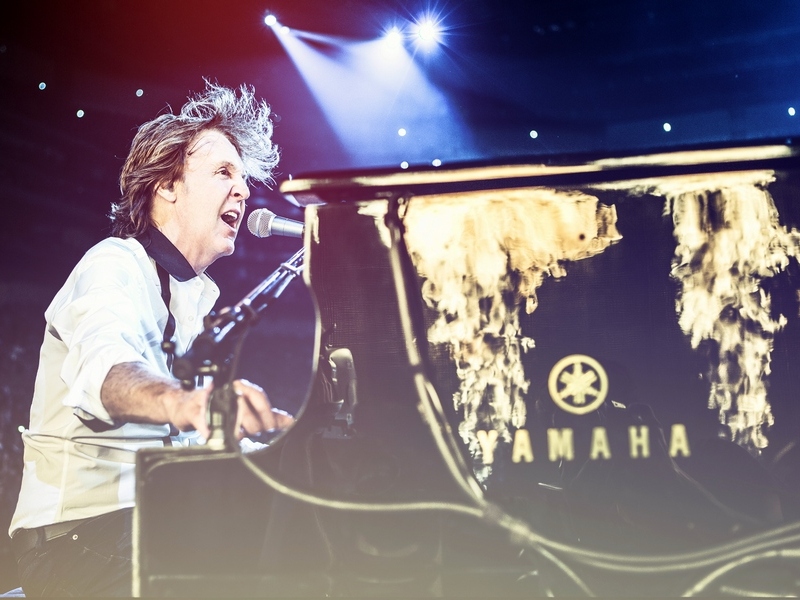 Paul McCartney's headlining slot at England's famed Glastonbury festival has been cancelled. The three-day event was set to run at its usual home on Worthy Farm in Somerset from June 24th to the 28th, but has been completely called off due to the Coronavirus. Other stars that were set to play the the now-scrapped festival were Taylor Swift, Diana Ross, Kendrick Lamar, Pet Shop Boys, Fatboy Slim, and Lana Del Rey, among others.

The Guardian reported: “Ticket-holders will have the chance to roll their $58 deposit over to next year, and guarantee the opportunity to buy a ticket for Glastonbury 2021, while those who want a refund can apply for one. Further information on coach packages, official accommodation bookings and other tickets will be added to the festival’s website in the next few days.”

So far, only McCartney's June 27th Glastonbury appearance has been called off. As it stands now, “Macca” still has nine concerts booked across Europe between May 23rd and June 21st, taking in stops in France, The Netherlands, Germany, Italy, Spain, and Belgium.

Paul McCartney says that tackling Beatles songs in concert today is a world away from how he felt about performing the group's material upon first hitting the road as a solo act with Wings back in 1972: “When the Beatles broke up it was a very tough time for all of us, 'cause, y'know, it wasn't just our job gone, it was this relationship. This tight relationship. It was a bit like a divorce. So, none of us really wanted to do any of the songs that we were famous for in the Beatles. We wanted to strike out into new pastures and do new stuff. And we avoided all the Beatle stuff and when I toured with Wings, we did a couple — but very subtly. It was mainly new stuff. There's so much time gone by that I now look at the songs and I don't think, 'Oh, y'know, those painful memories,' I think, 'Oh, those are nice songs we did.'”