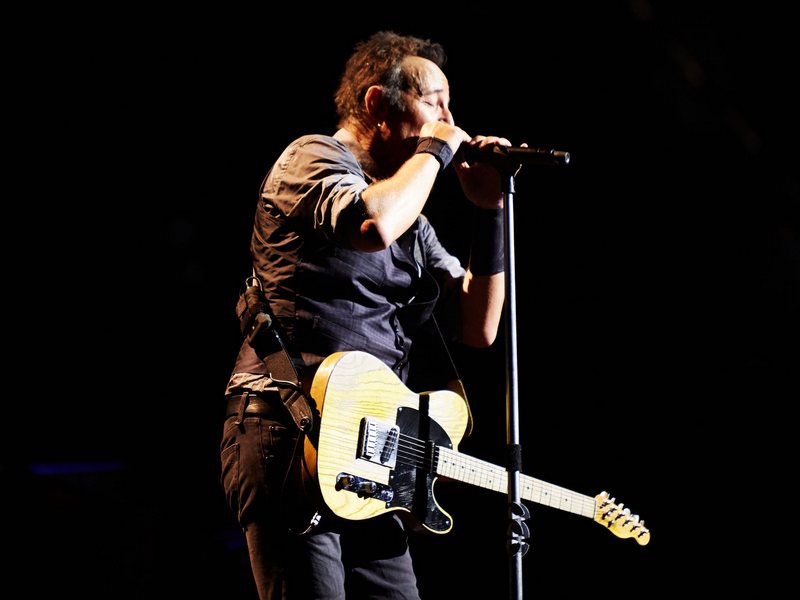 As an incentive for fans to stay home, Bruce Springsteen & The E Street Band's 2010's London Calling: Live In Hyde Park concert film is now airing in its entirety for the first time on YouTube & Apple Music.

A message was posted on “The Boss'” social media platforms reading: “Practice social distancing and stream London Calling: Live In Hyde Park from the comfort of your own home, now on YouTube & Apple Music in its entirety for the first time! Bruce & The E Street Band’s 2009 concert from the Hard Rock Calling festival in London is a powerhouse that opens with a cover of the Clash‘s iconic single that gave the set its name and continues with non-stop fan favorites including 'Dancing In The Dark,' 'Born To Run,' 'Badlands,' and 'The Rising.'”

Steve Van Zandt told us that Springsteen and the E Street Band are lucky to have the type of audience that instantly accepts and embraces each new album's material into their live act: “Y'know, we have a very, very consistent audience that's very, very understanding about the fact that we do different things and do new things. I looked at the setlist the other day, and two-thirds of the setlist was from the last 10 years, y'know? About a third from the first 25 years. Y'know, that's very unusual, I think, y'know, and it's a tribute to our audience, that they encourage it and support that sort of, y'know, the new ideas and the new songs — and they're not expecting a nostalgia type of act.”

Bruce Springsteen maintains that as a teen, witnessing the legends of the old Stax/Volt revue in concert set him on his way to becoming an expert showman: “It was just something that I learned from the soul bands who were the masters at grabbing the crowd by the throat. I used to see Sam & Dave all time. And Sam Moore, outside of being one of the great singers, is one of the great bandleaders of all time. He's incredible. And of course James Brown was an incredible bandleader. Those were the bandleaders that, really, I learned my craft from. All that we do onstage comes from the great black bands and soul bands.”