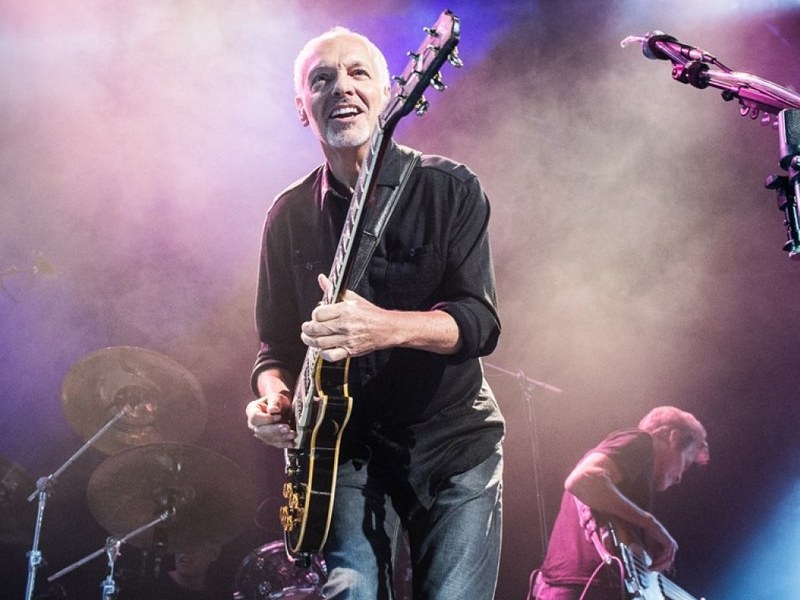 Peter Frampton will reunite one last time with the sole-surviving co-founding member of Humble Pie. Drummer Jerry Shirley posted a message to fans on Facebook regarding a May 31st teamup with Frampton during the guitarist's upcoming Royal Albert Hall concert at his final show in his home country of Great Britain.

Shirley posted on Facebook, "I have an exciting announcement to make. Yesterday I was invited to get up and perform a couple of Humble Pie tunes with Peter Frampton on his farewell show at the Albert Hall at the end of May. The only thing that might mean it gets rescheduled is the coronavirus and that is in the lap of the Gods. Even if it were to be postponed it will play at a later date but as of right now, the show is due to happen at the end of May. I am a happy camper and very moved that he would ask me to get up and play with him again."

Jerry Shirley recently published his autobiography, Best Seat In The House: Drumming In The '70s With Marriott, Frampton, And Humble Pie, and told us that although the Humble Pie never really caused a ripple in the careers of rock's "big three"; they did — and still do great business: ["Let's face it, I mean, we were a great band and we were a big band for a while there, but we were never the Beatles, we were never the (Rolling) Stones, we were never the Who. We never got to that stratosphere, if you like. We were trying to get there. But, y'know what? Considering that, the amount of record sales we still generate is quite decent. I mean, y'know, it's not millions a year, but it's a healthy amount. Let's put it like that."] SOUNDCUE (:26 OC: . . . it like that)

Peter Frampton, who's remained close with Jerry Shirley over the years, shed some light on what made his collaboration with Steve Marriott and Humble Pie so special at the dawn of the '70s: ["The conflict of musical styles — that's what I think made Humble Pie a very fiery band, because there was this guy with this great voice — Steve — and the very blues-oriented blues guitar. And then there's me, on the other side of the stage, playing very lyrical jazzy lines over a blues-rock bass, y'know, which was very different then. And that's, I think, the combination of us two, I think that's what made it so. . . It was on the edge all the time, y'know?"] SOUNDCUE (:29 OC: . . . the time y'know)