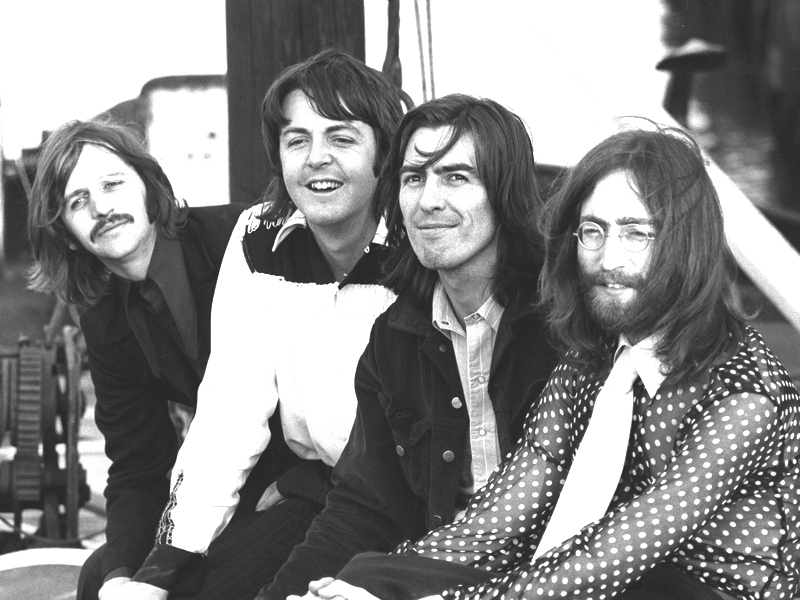 Come September 4th, with the release of Peter Jackson's movie The Beatles: Get Back, fans will finally get to see the “Fab Four's” full final concert. Although about half of the band's January 30th, 1969 live performance on the Apple headquarters rooftop made its way into Michael Lindsey Hogg's 1970 Let It Be film — the full 42 minutes has yet to see the light of day.

The makeshift concert served as the closing scene of the group's final movie. During that live lunchtime gig, the Beatles and keyboardist Billy Preston, who were decked out in winter coats, played for a handful of fans, their wives, office workers, and the group's personal staff. They performed a total of nine full songs: three versions of “Get Back,” two versions of “Don't Let Me Down,” two versions of “I've Got A Feeling,” and one each of “Dig A Pony,” and “One After 909” — which was one of John Lennon and Paul McCartney's earliest compositions, dating back to the 1950's.

In between songs, while the film crew was busy setting up, the Beatles briefly ran through a few standards, including a few bars of “Danny Boy,” “A Pretty Girl Is Like A Melody,” and “God Save The Queen.”

Toward the end of the Beatles' set, the police were called and politely demanded that the group quit disturbing the peace, as dozens of office workers had begun crowding around in the streets near the Beatles' headquarters to hear the band play.

At the end of the final performance of “Get Back,” Lennon uttered the immortal line, “I'd like to thank you on behalf of the group and ourselves and I hope we passed the audition.” It was the last time that the Beatles would ever perform in public.

Although never released in its entirety, most of the Beatles' “Rooftop Concert” has been widely bootlegged over the years. The Beatles themselves have also issued a lot of the rooftop concert over various releases. 1970's Let It Be album featured edited live performances of “Dig A Pony,” “I've Got A Feeling,” and “One After 909.” The group's final performance of “Get Back” was included on 1996's The Beatles Anthology 3 album, and the 2003 Let It Be. . . Naked collection included new composite takes from different versions of “Don't Let Me Down,” and “I've Got A Feeling.” In one form or another, at least one version of all the songs from the group's final performance has been officially released.

Ringo Starr and Paul McCartney recently reflected back on the legendary rooftop set: (Ringo Starr): “That time was great, but it wasn't like, the final gig; we thought we'd done the final gig, and that's why life is always open, and then we went on the roof and played live, which we loved to do.” (Paul McCartney): “But it was great, y'know, it was a lovely concert looking back on it. We were enjoying playing — and we had a very good drummer, y'know, so, it was a great little band. And the memories are just of that. For us, y'know, just as musicians, we had two great guys to play with, and it made for a great little band. . . ” (Ringo): And then there was us (laughs)!”