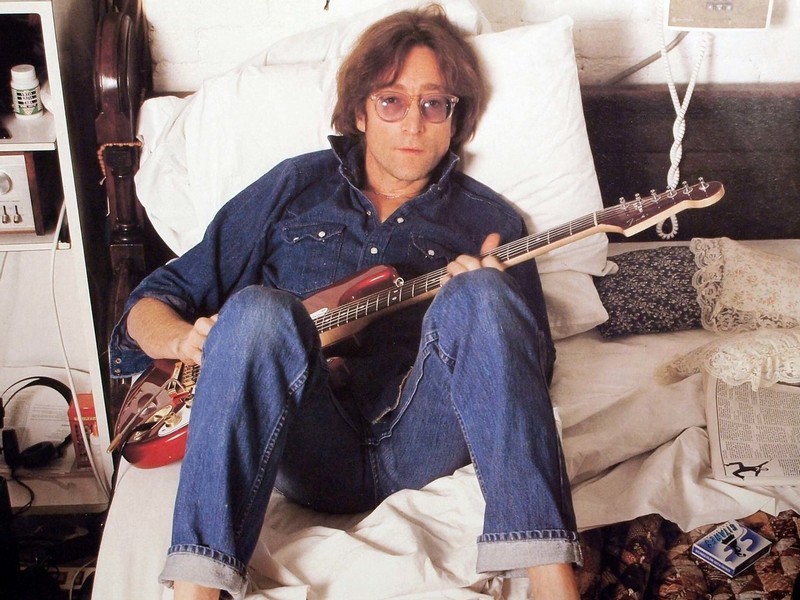 It was 39 years ago today (March 13th, 1981) that “Watching The Wheels” — John Lennon's third and final single from his and Yoko Ono's 1980 Double Fantasy album — was released. The song was the second posthumous release from the album, following the Top Two hit “Woman,” which was released on January 12th, 1981 and peaked at Number Two. Following Lennon's murder the previous December 8th, the album's lead single, “(Just Like) Starting Over,” topped the charts on December 27th, 1980 for the first of its five-week run.

“Watching The Wheels” entered the Billboard Hot 100 on May 28th, 1981, went on to peak at Number 10, and stayed on the singles chart for 14 weeks. The single fared better on the two other industry charts, hitting Number Seven on Cashbox and Number Nine on the Record World list.

With artists now taking prolonged absences from the music business for a multitude of reasons, in the mid-'70s, for someone of John Lennon's stature to put his recording career on pause to become a stay-at-home dad for half-a-decade was simply unprecedented. In 1980, Lennon admitted that it took a while to ease into his new life: “The first half-a-year or year, I had this feeling in the back of my mind that ‘I ought to, I ought to’ –– and I’d go through periods of panic because I was not in the NME or the Billboard or being seen at Studio 54 with Mick and Bianca (Jagger). Y’know, I just didn’t exist anymore. I got a little fear of that would come, like a paranoia. And then it would go away, because I’d be involved with the baby, or I’d be involved with whatever other business that I’d be involved with. But that only lasted about nine months and then it was suddenly, like a . . . ‘oh.’ It just went away, and then I realized there was a life (laughs) after death. I mean, there was a life without it.”

Double Fantasy producer Jack Douglas told us that 1981 was to see John Lennon complete his Milk And Honey album, head to L.A. to record songs for Ringo Starr's upcoming album, then hit the road with the Double Fantasy band: “It was totally planned. I saw the. . . I saw the drawings of what the stage looked like. He designed it himself. It had these big crab arms that he designed that had cameras on them; the stage looked like a spaceship (with) two crab arms on it with their arms opened up. It was very revolutionary and there were video cameras on them and there was a big screen and the cameras rolled out, 'could go over the audience. It was going to happen, probably in the spring. Second album in the can and the Ringo album.”

By December 8th, 1980 — the day Lennon was murdered — the album's first single, “(Just Like) Starting Over,” had reached Number Six on the singles chart and Double Fantasy had just cracked the album charts.

Less than three weeks following the tragedy, on December 27th, 1980, Double Fantasy hit Number One on the Billboard 200 album charts for the first of its eight week run.

In 1984, Yoko Ono released Milk And Honey, which included the additional songs she and Lennon had recorded during the 1980 sessions. The album peaked at Number 11 on the charts, with the single “Nobody Told Me” hitting Number Five and becoming Lennon's final Top Ten solo hit.