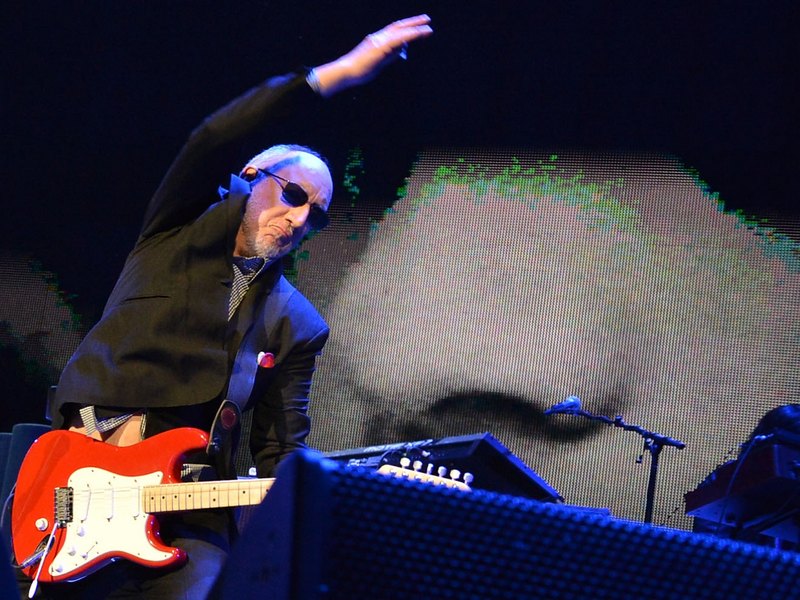 Coronavirus Forces The Who To Postpone UK And Ireland Tour

The Who is the latest band to scrap its upcoming concerts in the wake of the Coronavirus pandemic. The band, who was scheduled to launch its UK and Ireland dates on March 16th, has now postponed the dates — including its March 28th Royal Albert Hall show in benefit of their patron charity, the Teenage Cancer Trust. So far, none of the Who's U.S. spring dates, which begin on April 21st in Hollywood, Florida, have been postponed.

The Who's announcement reads in full:

After serious consideration, it is with much regret that The Who have postponed their UK and Ireland tour, due to start next Monday March 16th in Manchester at the Manchester Arena and finishing at Wembley SSE Arena on April 8th. The fans’ safety is paramount and given the developing Coronavirus situation, the band felt that they had no option but to postpone the shows.

The dates will be rescheduled for later in the year. All tickets will be honoured.

Singer Roger Daltrey assures fans that the shows will “definitely happen and it may be the last time we do a tour of this type, so keep those tickets, as the shows will be fantastic.”

Pete Townshend said the band, “haven’t reached this decision easily, but given the concerns about public gatherings, we couldn’t go ahead.” He added that “if one fan caught Coronavirus at a Who concert it would be one too many.”

Unfortunately, The Who will also be unable to appear at the Royal Albert Hall on March 28th as part of the annual Teenage Cancer Trust shows, but intend to reschedule that show also, with more news to follow.”

The Who's postponed European dates are:

IN OTHER WHO NEWS

Roger Daltrey and Pete Townshend shared some of their memories of playing Hyde Park over the years — namely, their June 29th, 1996 Quadrophenia show when the day before during rehearsals, special guest Gary Glitter accidentally bashed Daltrey in the side of the face with a 15 pound mic stand: (Daltrey): “Yeah, it's always a good gig. I've got memories from doing it with a patch on my eye holding my eye in. (Townshend): Oh yeah. (Daltrey): (Laughs) when we did Quadrophenia — that was a nightmare. We had a quarter (of) a million people coming the next day and I've got a fractured cheekbone. Ridiculous. (Townshend): There've been some interesting ones; Roger and I did a show at Hyde Park and we didn't actually have very many of the members of our band, did we? We did it with a couple of Paul Weller's guys (Daltrey): Oh, yeah! (Townshend): And it was a great gig. (Daltrey): Live 8. (Townshend): Yeah, Live 8. And maybe Pink Floyd did it, did they? (Daltrey): That's right.”

The triple-album tracklisting to the Who's 2015 Live In Hyde Park album is:

Side B:
“Pictures Of Lily”
“I Can See For Miles”
“My Generation”
“Behind Blue Eyes”

Side C:
“Bargain”
“Join Together”
“You Better You Bet”

Side E:
“Amazing Journey / Sparks”
“Pinball Wizard”
“See Me, Feel Me / Listening To You”