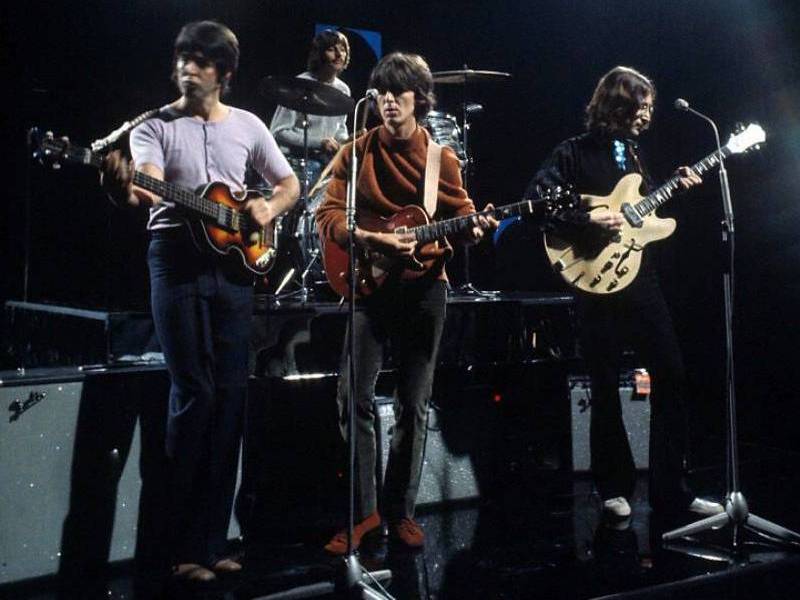 Director Peter Jackson's eagerly awaited new film culled from outtakes from the Beatles' January 1969 Let It Be movie, titled The Beatles: Get Back, will hit theaters on September 4th via Walt Disney Studios. Peter Jackson said in a statement, “Working on this project has been a joyous discovery. I’ve been privileged to be a fly on the wall while the greatest band of all time works, plays and creates masterpieces. I’m thrilled that Disney have stepped up as our distributor. There’s no one better to have our movie seen by the greatest number of people.”

Paul McCartney went on to say, “I am really happy that Peter has delved into our archives to make a film that shows the truth about the Beatles recording together. The friendship and love between us comes over and reminds me of what a crazily beautiful time we had.”

Ringo Starr said, “I’m really looking forward to this film. Peter is great and it was so cool looking at all this footage. There was hours and hours of us just laughing and playing music, not at all like the version that came out. There was a lot of joy and I think Peter will show that. I think this version will be a lot more peace and loving, like we really were.”

The Beatles: Get Back has been compiled from over 55 hours of unseen footage, filmed by Michael Lindsay-Hogg in 1969, and 140 hours of mostly unheard audio recordings from the Let It Be album sessions, from London's Twickenham Film Studios and the Beatles Apple Studios. The music in the film will be mixed by Giles Martin and Sam Okell at Abbey Road Studios in London

According to the announcement: “The new documentary brings to light much more of the band’s intimate recording sessions for Let It Be and their entire 42-minute performance on the rooftop of Apple’s Savile Row London office.” Michael Lindsey-Hogg's original Let It Be film will be released later this year.

Michael Lindsey-Hogg recently appeared on The Lip TV and shed light on how the Let It Be project turned into the behemoth it became: “Let It Be was originally gonna. . . It wasn't even called Let It Be, it was originally going to be a television special, like on CBS or NBC. But we all kind of disagreed about what it was going to be, where we were going to do it, what it would be like. And so, that idea got scrapped — so, there wasn't a television special. But, we were shooting documentary footage all the time, because before we started it, (Paul) McCartney had had the idea that we should have a little trailer the week before the TV special was on of them rehearsing and stuff like that. So, the TV special was gone, but we were still shooting the documentary footage every day.”

This week marks the 50th anniversary of the release of the Beatles' “Let It Be” single. During a recent chat with GQ, Paul McCartney shed light on writing the song in late-1968: “My mother came to me in the dream, and she had died, maybe 10 years previously. So, when someone who you've lost comes back to you in a dream, it's a miraculous moment, y'know? 'Cause you're with them. She seemed to realize — this is all going on in my mind, of course, but y'know, forget that. She seemed to realize that I was going through struggles, and she said, 'It's gonna be okay. Just let it be.' I went (sighs in relief) and felt great. And then I sat down at the piano and wrote the song. It had a lot of emotion because of who'd said it, and I think that's why a lot of people like it. They feel, somehow, that kind of magic comes through.”