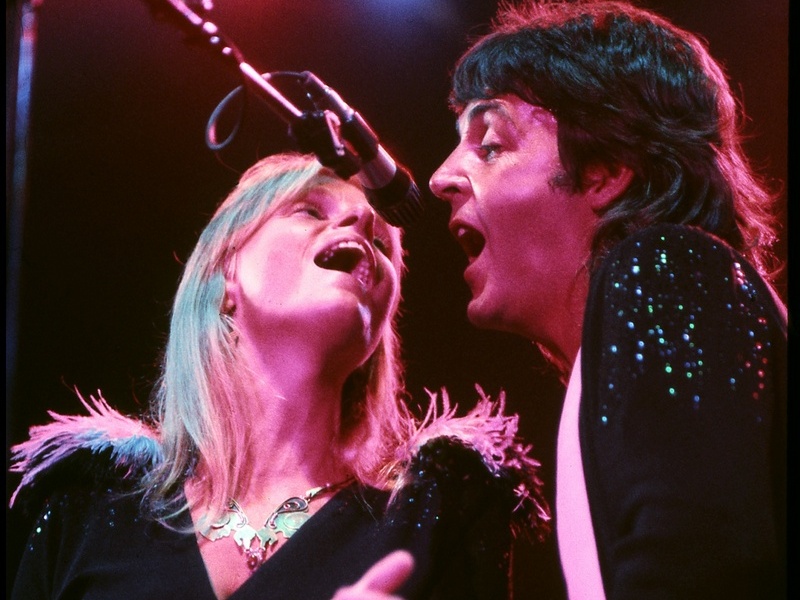 It was 51 years ago today (March 12th, 1969) that Paul McCartney and Linda Eastman were married in London. The couple met in 1967 at London's Bag O'Nails nightclub when Linda, already a noted rock photographer, was out for the night with members of the Animals. Paul made a point of introducing himself to Linda, and planted the seeds to one of rock n' roll's most famous and enduring relationships, which continued until Linda's death on April 17th, 1998.

McCartney remembered that the night before the couple tied the knot, tensions were running high between him and Linda: “I'm not sure that there is a perfect marriage, but yeah, we did have a row, strangely enough. And it was like, 'Oh, forget it! Let's go get married.'”

Upon marrying Linda, Paul legally adopted her six-year-old daughter Heather from her previous marriage, and eventually the couple raised three additional children, Mary (born in 1969), Stella (born in 1971), and James (born in 1977).

Paul confused and even angered fans when he formed his solo band Wings, and insisted on having Linda not only co-write the songs with him, but appear on stage singing lead and background vocals along with playing rudimentary keyboards.

McCartney credits Linda with playing an invaluable role in getting him to continue making music after the Beatles' breakup: “To have lost such a great job — and it was really the only job I'd ever had, besides being second man on a truck when I was a kid, and a paper route — it was quite a shock. So that took a little while, but Linda helped me out of that and encouraged me to sort of get back on my feet and said, y'know, 'What are you gonna do now?'”

Wings co-founder and original drummer Denny Seiwell told us that Linda was always an integral part of Paul life and music, and was especially important to him after his split from the Beatles: “They were such a couple. The two of them together, it was just totally inseparable, and I'm sure that he just had to have her there. And I believe — from seeing some of this stuff that you've seen in the past years on TV, how he was just hiding away up there at the farm in Scotland when this Beatles breakup and all that stuff was going on — I believe she was the reason that pulled him out of a slump and got him back into activity again, musical activity, writing and appearing live and all that, forming Wings, and all that, and he just needed her there.”

Paul McCartney explained that having his wife in his band was really a no-brainer for him: “The thing is, we made a decision. It was kinda, y'know, we were in love, we wanted to be together. I think that was kind of like the central idea. And then it was like, 'Oh, well if you're going to be in the band than you'll need to learn a bit of instrument.' She played a little bit of piano — but not since she was a kid. So, I would show her basic stuff. Most of what we were doing was not Tchaikovsky.”

Included among the dozens of songs that Paul wrote for Linda over the years are “Two Of Us,” “Maybe I'm Amazed,” “Every Night,” “My Love,” “Best Friend,” “I Am Your Singer,” “Tomorrow,” “Let Me Roll It,” “You Gave Me The Answer,” “Silly Love Songs,” “Warm And Beautiful,” “Daytime Nighttime Suffering,” “Press,” “This One,” “Golden Earth Girl,” “Calico Skies,” and many more.

Paul McCartney married Heather Mills in 2002. A daughter, Beatrice Milly followed in 2003. The couple divorced in 2008 with Mills receiving a $48.6 payout from McCartney.

On what would have been John Lennon's 71st birthday — October 9th, 2011 — McCartney walked down the isle for a third time with his girlfriend of four years, then-51-year-old New York socialite, Nancy Shevell.