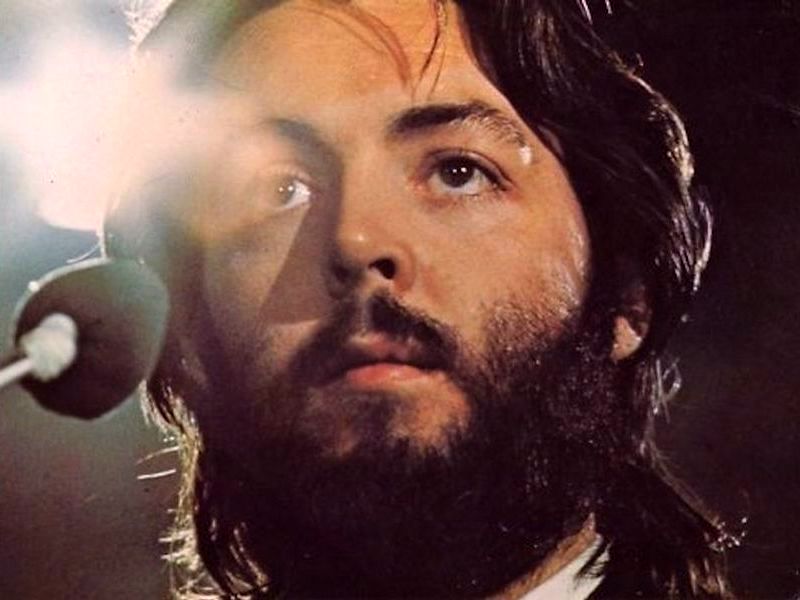 50 Years Ago Today: The Beatles’ ‘Let It Be’ Single Is Released

It was 50 years ago today (March 11th, 1970) that the Beatles' “Let It Be” single was released. The track, which was the group's final single in America prior to breaking up, was actually over a year old, having been recorded on January 31st, 1969, during the group's ill-fated “Get Back” sessions, which were originally conceived as a TV special chronicling the Beatles' stage comeback. The sessions instead became the Let It Be movie, which revealed the disintegration of the band. “Let It Be,” along with its companion piece “The Long And Winding Road,” was written by Paul McCartney in late 1968 near the end of the Beatles' “White Album” sessions. He began writing the song after waking from a dream featuring his mother, Mary, who had died of cancer when he was 14.

McCartney recalled the song in his 1997 official biography Many Years From Now, saying, “Mother Mary makes it a quasi-religious thing, so you can take it that way. I don't mind. I'm quite happy if people want to use it to shore up their faith. I think it's great to have faith of any sort, particularly in the world we live in… Looking back on the Beatles' work I'm glad that most of it was a positive force. . . they're such symbols of optimism and hopefulness.”

Later, in April 1969 and again in January 1970, McCartney overdubbed an electric piano, additional percussion, and vocals with his wife Linda and Apple recording artist Mary Hopkin.

Two months after the song was released as a single, a version of the song remixed by producer Phil Spector, featuring a horn section and a new Harrison guitar solo, was issued on the Let It Be album.

Although the Beatles' late-producer George Martin was largely absent for the production work recorded in the Apple basement during the Let It Be, with Glyn Johns manning the boards for the sessions, Martin was hurt that the band entrusted an outsider like Spector to compile the album rather than himself: “When I heard that John and George had taken the tapes out of Abbey Road (Studios) and given them to Phil Spector to make them work, I felt a betrayal, really.”

George Martin received a producer's credit for all three chart-toppers (and their respective B-sides) culled from the Let It Be sessions: “Get Back,” “Let It Be,” and “The Long And Winding Road.” Glyn Johns’ name was left off all three singles, and only managed to garner a “thanks” on the back of the Let It Be album.

Despite not getting the credit due him, after all these years, Glyn Johns harbors no bad feelings: “Life’s full of disappointments and you have to get over them. I got over that really quickly and left it behind in the dust. It’s fine. It wasn’t like I was sitting around waiting for them when they rang the phone in the first place and it wasn’t like I was sittin’ around waiting for my career to be bolstered by them thereafter. And though it was really disappointing, ‘cause I got on great with everybody. Y’know, we had a really good working relationship, I thought. Things don’t always work out and you just move on and that’s what I did. It’s the way things went. Listen, it would’ve been very nice!”

The “Let It Be” single and album was released in the aftermath of John Lennon telling the group in September 1969 that he “wanted a divorce” and was leaving the Beatles: McCartney recalled that although it would be almost seven months before he announced that the band had split, Lennon had already moved on: “After that statement, we then thought, 'Well, give it a couple of months. We may decide. . . I mean it's a little bit of a big act to just breakup like that, let's just give it a couple of months (laughs).' And we talked for a couple of months, and it just never was going to be on. Y'know, I think, largely looking back on it, I think it was mainly John needed the new direction that he just went into headlong, y'know, helter skelter, he went right in there, to do all sorts of stuff he'd never done before — with Yoko. And, y'know, you can't blame him, 'cause he was that kind of guy, who really wanted to live life and do stuff. Y'know, there was just no holding back with John.”

The B-Side of “Let It Be” — “You Know My Name (Look Up The Number)” — featured a backing track recorded in May 1967 during the Magical Mystery Tour sessions with the late Brian Jones of the Rolling Stones playing saxophone. Lennon and McCartney had added their vocals in April 1969.

“Let It Be” ended Simon & Garfunkel's six-week-run at Number One with “Bridge Over Troubled Water,” and on April 11th, 1970, the day after McCartney announced he was leaving the Beatles, “Let It Be” topped the chart for the first of two weeks.

Although the Beatles' record label continued to release compilation albums and issue singles throughout the '70s — including the follow-up Number One single “The Long And Winding Road” — “Let It Be” stands as the last official single release before the band broke up.

On April 11th, 1970, “Let It Be” ended Simon & Garfunkel's six-week run on top of the charts with “Bridge Over Troubled Water” — sitting at Number Three was John Lennon's solo single, “Instant Karma (We All Shine On).” After holding down the top spot for two weeks, “Let It Be” was replaced by the Jackson Five's “ABC.”

Beginning with Wings' final tour in 1979, “Let It Be” has been one of the Beatles evergreens included in all of McCartney's solo setlists. “Let It Be” has been performed on all of his world tours and at such notable gigs as 1979's The Concerts For The People Of Kampuchea, 1985's Live Aid, his 1999 induction into the Rock and Roll Hall of Fame, and 2001's The Concert For New York City.