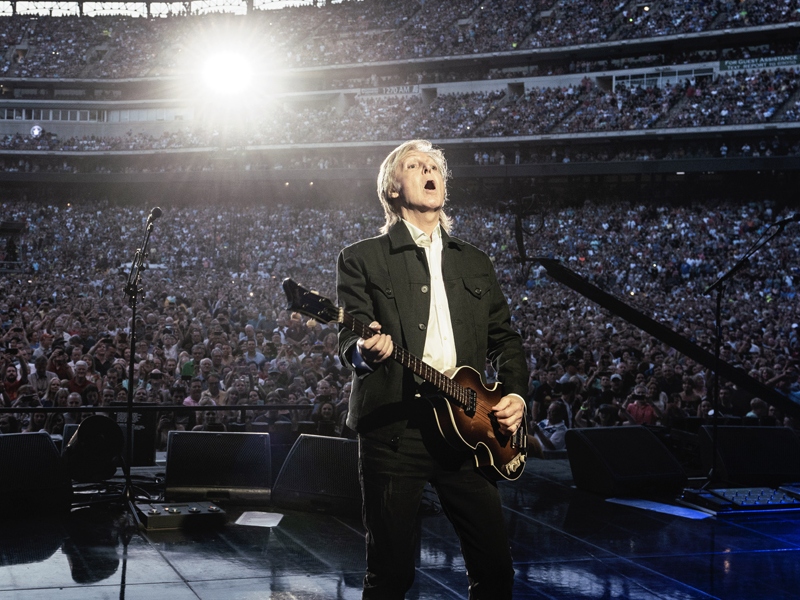 Paul McCartney is currently hard at work on the score to the upcoming musical version of Frank Capra's 1946 movie classic, It's A Wonderful Life — revealing he has 22 songs for the play completed for consideration. McCartney is partnered on the new project with Lee Hall — best known as the author of Billy Elliot and screenwriter for the Elton John biopic Rocketman — who's collaborating with McCartney on lyrics, and writing the show’s book.

The stage adaptation, which is set to open later this year, was spearheaded by Liverpudlian producer Bill Kenwright, who's best known in theater circles for such musicals as Blood Brothers, Joseph And The Amazing Technicolour Dreamcoat, and Heathers: The Musical.

While chatting with Alan Alda on his Clear And Vivid podcast, the former Beatle shed light on the creative process behind the musical: “It's the old James Stewart film. It's Lee Hall, who's written a bunch of stuff — Billy Elliot. So, I met with him, liked him, but then I went away from that meeting thinking, 'I still don't know what I've gotta do.' So, I said to the producer (Bill Kenwright), I said, 'Bill, will you ask Lee if he'll put together the first 20 minutes of this stage musical? I only need the first 20 minutes.' So, I've got this script, and I think I was on an airplane and I start reading it, and I'm going 'Ooh — I can see this! I, I love this!”

McCartney spoke about composing the first song for the musical, which began life with scratch lyrics that Lee Hall had provided to him for a bit of coloring: “And then he put in a dummy lyric — so, I liked it and just left it. And then one day I was on holiday and I had a piano and I just had the script and those dummy lyrics, I thought, 'Okay. I'm just gonna throw something at this, just for a laugh. If it's terrible, no one'll know.' So, I did. I threw something and I recorded (it) on my phone, I sent it to them — they said, 'You've nailed it! (Laughter) The hardest number in a musical is the opening number — and this is it! We can see it!”

The set, which was originally released on April 17th, 1970, will be reissued in a limited-edition half-speed mastered vinyl pressing created using the album's original master tapes.