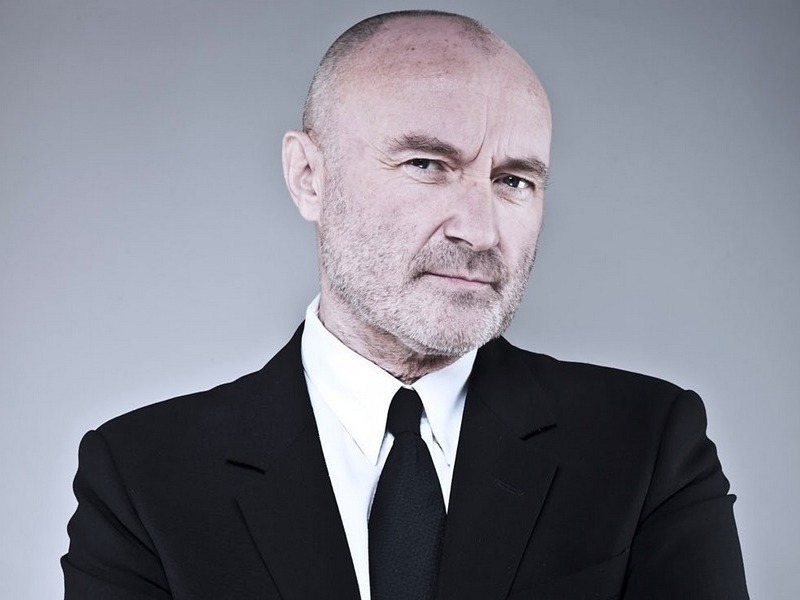 As expected, Genesis will reunite later this year for the band's first series of dates in 13 years. The band's upcoming “The Last Domino? Tour 2020” will comprise nine dates across the UK and Ireland, kicking off on November 16th at Dublin, Ireland's 3 Arena and running through December 8th when the tour wraps at Manchester, England's Manchester Arena. Along the way the band — Phil Collins, Mike Rutherford, and Tony Banks — will hit Belfast, Ireland along with five British cities — Liverpool, Newcastle, London, Leeds, and Birmingham. So far, no North American dates have been announced.

Filling in for Collins on drums will be his son Nicholas, who was behind the kit for his dad's recent “Not Dead Yet” solo tour, alongside 42-year road veteran, guitarist/bassist Daryl Stuermer, who'll once again round out the lineup. Notably absent is longtime second drummer Chester Thompson, who had been a part of every Collins-fronted Genesis tour since 1977. Genesis last reunited in 2007 for the 48-date trek, “Turn It On Again: The Tour.”

During a chat yesterday (March 4th) with BBC 6, Phil Collins spoke about the addition of son Nic to the band's live lineup: “It was something that was working. It was a problem that we had to overcome with me not playing — although, I'm going to be doing my best to play some bits on the tour. So, I've got to start, y'know, really seriously thinking. But, I have already been, y'know, workin' out what I've got to do and what songs to play.”

Tony Banks revealed that Nic Collins and Daryl Stuermer have hit the preliminary rehearsals with guns a-blazing: “Normally, after we come back to rehearse after a long period off, y'know, I normally have a bit of time to get my parts back together again. But with Daryl there and Nic thinking much the same, I was kind of behind everybody else, which was kind of a bit embarrassing. But the thing is with Nic, he sounds like — can sound — like Phil. And when you're doing some of these old songs, it's interesting; they go back to how they were when we did it on the albums, which was quite fun for us.”

Mike Rutherford recently told us that Genesis' group and solo hit-making power almost snuck up on him back in the day: “I don’t think I quite realized — the Mechanics for example — I didn’t realize how much it was doing over here until I came to tour, y’know what I mean? It doesn’t really mean that much. It doesn’t change anything, I mean, the songs are good songs. It was the time, too. Because, y’know, MTV came in, so a hit was such a hit. Y’know, you were on in every bar – y’know, it wasn’t the radio stations — you were on in every bar, every restaurant, every gym. We were everywhere. Almost too much, actually.”