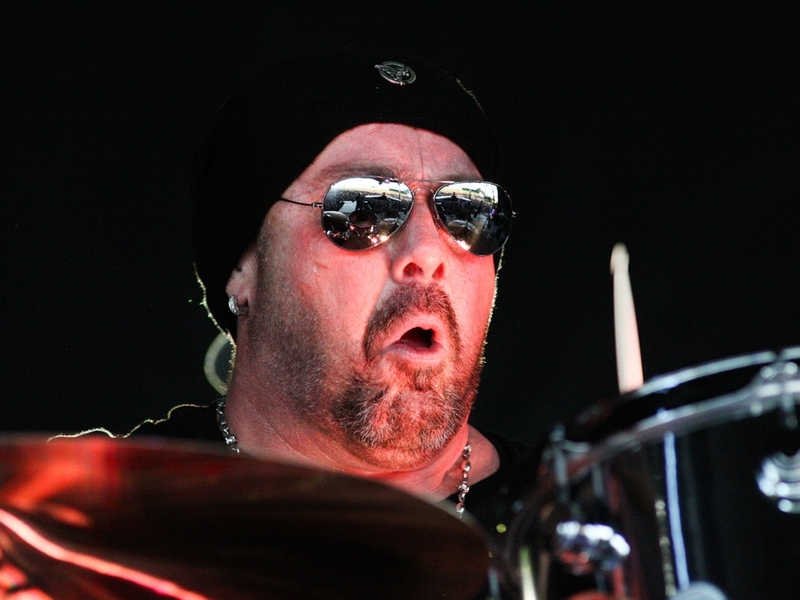 Jason Bonham's Led Zeppelin Evening has announced a 19-date spring run, being dubbed the “Ten Years Gone” tour. Bonham and the band — who were recently out on the road in support of Peter Frampton's final North American shows — hits the road on May 17th playing Vancouver's Queen Elizabeth Theatre with the run, as of now, winding down on June 13th at Waukegan, Illinois' Genesee Theatre.

In addition to his work leading the Zeppelin Evening band, Jason Bonham has also been busy as part of Sammy Hagar‘s supergroup, the Circle, which features Michael Anthony on bass and Vic Johnson on guitar. The Circle spotlights key songs from throughout Hagar’s stints in Montrose, Van Halen, and Chickenfoot — as well as playing a handful of Zeppelin classics.

Jason Bonham incorporates multimedia aspects into the shows — including rarely seen home movies of him and his dad, Zeppelin's late co-founder, drummer John Bonham. Jason explained that the show is much more than just a couple of hours of a band tackling Zeppelin hits: “It's part storyteller, with using the multimedia screens and things, we're creating little pieces which I will narrate over, which give some little background over some songs we play — and the reason why I'm playing them. There's stories of myself growing up with dad and how Zeppelin has been, y'know, part of my life from the beginning. So it's a good musical journey. It'll be sad at times. Even on radio yesterday talking about it, there wasn't a dry eye in the house!”

Sammy Hagar & The Circle will next perform on March 14th in Santiago, Chile.