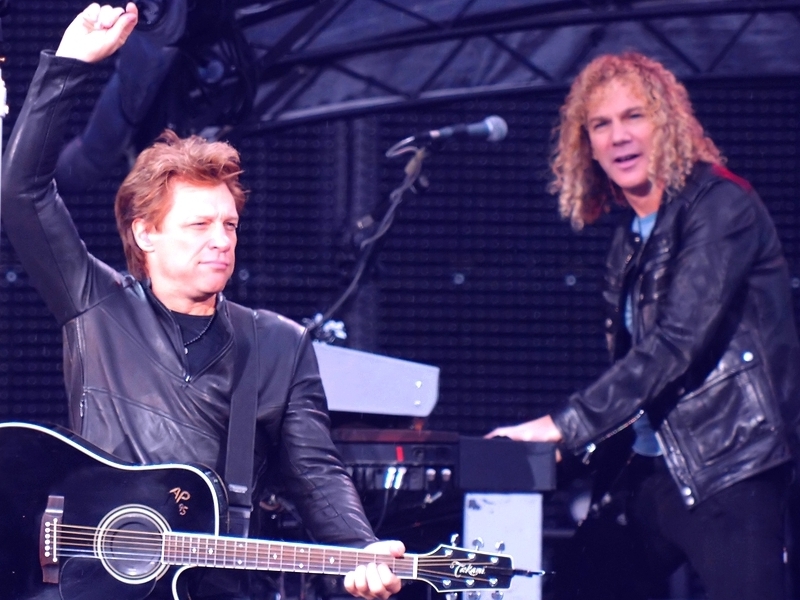 The new Broadway musical co-written by Bon Jovi keyboardist David Bryan is now in previews. Diana: A True Musical Story is now running on the “Great White Way” at the Longacre Theatre, with an opening night set for March 31st. The musical is Bryan and partner Joe DiPietro's second musical, having snagged four Tonys — including the coveted Best Musical and Best Musical Score awards — for their first show, the Broadway hit Memphis, which ran from 2009 to 2012.

Bryan talked to USA Today and spoke about how the show represents the late Diana, Princess of Wales, explaining that it's a show her family would be able to watch: “There’s no cheese in it, we sourced everything, we didn’t make it tabloidy. There's no heroes, there’s no victims but everybody’s sort of a victim, really. They would be proud of it. I’m proud to show it to them.”

David Bryan, along with Bon Jovi, will released the band's next album, Bon Jovi 2020 on May 15th, before heading back out on the road in June. He told us that it's important — and healthy — for all of the members of Bon Jovi to have musical interests away from the band: “It's good to get off the big machine and go explore different ways, because there are certain roles that you have to play when you're in a band. And then when you do a solo project, it's not for, 'It has to sell a zillion records. I have to be big. There's all this history.' It's expression of artistic freedom.”