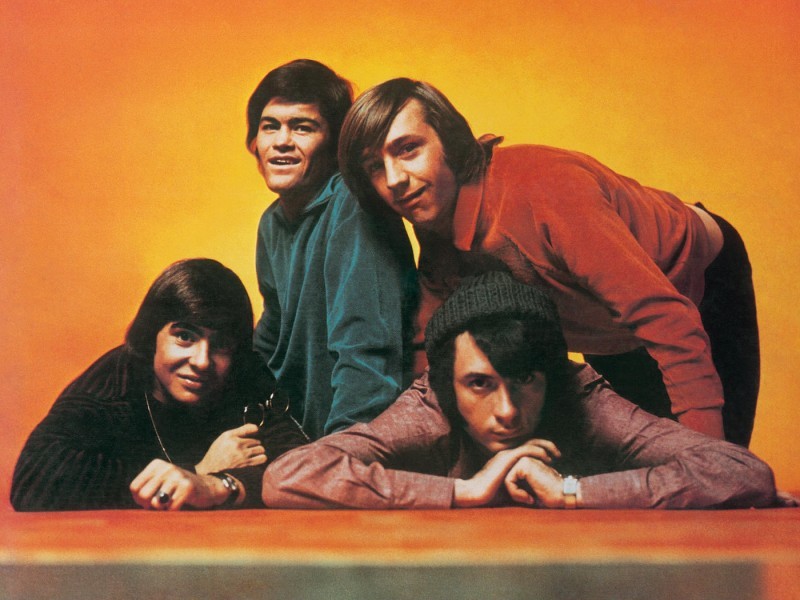 It was eight years ago today (February 29th, 2012) that the Monkees' frontman Davy Jones died of a heart attack at age 66, in Indianatown, Florida. Jones had complained of chest pains the previous evening and was admitted to Martin County's Martin Memorial Hospital where he died. Jones is survived by his third wife, Telemundo star and flamenco dancer Jessica Pacheco, and his four daughters Talia Elizabeth, Sarah Lee, Jessica Lillian, and Annabel Charlotte.

Sadly, the second member of the Monkees, Peter Tork, died on February 21st, 2019 at age 77 at a family home in Connecticut, following a decade-long battle with adenoid cystic carcinoma — a rare cancer of the salivary glands.

Micky Dolenz, the Monkee who remained closest to Davy Jones, told us that he was shocked by his death and always knew him to be in peak physical condition: “Davy was the last one that I thought would be first. You can't help thinking about that as you get on. You get older and you hear about people getting sick. But Davy was a) the youngest (of the Monkees), and also, y'know, as far as I know, led a pretty healthy lifestyle, y'know? He was a vegetarian and he was out there with his horses all the time as you may have heard. He had just ridden a horse that morning — which is (laughs) not an easy thing to do, ride a race horse, y'know (laughs)?”

Jones, possibly pop's biggest heart-throb, will forever be remembered for his lead vocals on such Monkees classics as their third and final Number One, 1967's “Daydream Believer,” along with such other hits as 1967's “A Little Bit Me, A Little Bit You” (#2), 1968's “Valleri” (#3) — along with album favorites “I Wanna Be Free,” “Look Out (Here Comes Tomorrow),” “Forget That Girl,” “She Hangs Out,” “Hard To Believe,” and “Daddy's Song,” among others.

Davy Jones, who was born on December 30th, 1945 in Manchester, England — the only Monkee born in Britain — started off his professional life with a brief stint as a jockey. A song and dance man at heart, while still a teen Jones appeared on such British TV shows as Coronation Street and June Evening. He appeared on The Ed Sullivan Show playing the role the Artful Dodger as part of the Broadway cast of Oliver! on February 9th, 1964 — the night the Beatles made their American debut. The appearance led to a record contract with Colpix Records — later Colgems Records — which was the record label for Columbia Pictures, for whom Jones became a contract player for — which led to his Monkees audition in 1965.

The Monkees premiered on NBC on September 12th, 1966 featuring Davy Jones, Micky Dolenz, Mike Nesmith, and Peter Tork as a struggling rock n' roll band, living together in a — presumably — Southern California beach house, who each week would stumble from one comedic adventure to the next.

The show, which was inspired by the comic lampooning in the Beatles' second movie Help!, released the previous year, proved to be the '60s answer to the Marx Brothers. The Monkees, who never met each other before being cast in the pilot, have been affectionately dubbed throughout the years as “The Pre-Fab Four.” Together, with their on screen chemistry along with the guidance of music impresario Don Kirshner, who supervised the music for the show and the group's first two albums, the Monkees were a hit out of the box.

The Monkees ran for two seasons and won two Emmys in 1967 — Outstanding Comedy Series and Outstanding Directorial Achievement in Comedy. But it was the show's music, much of it written by such top songwriters as Neil Diamond, and Gerry Goffin and Carole King, that made it a success.

The Monkees scored six Top 10 hits during the show's run, including the 1966 Number Ones “Last Train To Clarksville” and “I'm A Believer, and 1967's “Daydream Believer.”

In 1970, two years after the cancellation of the TV series and the critical panning of their groundbreaking counter-culture movie, Head, Jones went on to make occasional guest appearances on network TV shows, including Love, American Style and a classic role playing himself on a 1971 episode of The Brady Bunch, in which he performed “Girl,” which was the theme to the Neil Simon-written Star Spangled Girl movie which starred Sandy Duncan.

In addition to numerous stage productions, Jones reunited with Dolenz, and two Monkees songwriters Tommy Boyce and Bobby Hart as Dolenz, Jones, Boyce & Hart for an album and tour in 1976.

Beginning with 1986's massively successful Monkees reunion tour, he, Dolenz, and Peter Tork maintained an uneasy partnership, recording one studio album and touring sporadically over the next 15 years. Their 1997 tour featured all four members — including Mike Nesmith — for a flop TV special, new album, Justus — entirely performed by the group — and a UK tour featuring — for the first and last time since 1968 — all four members.

Jones, Dolenz, and Tork toured during 2011 in celebration of the band's 45th anniversary. Plans for additional shows were scrapped supposedly due to management problems.

Following Jones' death, Mike Nesmith rejoined the Monkees for a tour that was originally intended to have been the first four-man Monkees tour in 15 years. The band, paired down to just Dolenz and Nesmith, will hit the road in April as a duo.

Shortly before his death, Davy Jones told us that the Monkees was huge part of the group's lives — but it was only part of it: “And we've all been known as Micky Dolenz, Davy Jones and Peter Tork individually from the Monkees. And that's the connection and that's how people relate. The connection of the Monkees brings people in and sells tickets. And I've always been Davy Jones from the Monkees. And there's many things I've done that haven't included Micky and Peter. Now, that's a good association and I'm proud of it.”

Davy told us that over 45 years since the TV show first aired, he was still amazed that his fan base still spans all ages: “Y'know, I've got fans, I'm older than their friggin' fathers, okay. But the fathers come with the kids and say 'she loves you, she thinks you're great,' and they throw their arms around me, 'I love you Davy, y'know, I love you and the Monkees.'”

In June 2016, the Monkees scored their biggest album in 48 years with their album Good Times! The set, produced by Adam Schlesinger from Fountains Of Wayne, is the group's highest charting album since 1968's The Birds, The Bees, And The Monkees, hitting Number 14 on the Billboard 200 album chart, and debuting at Number Six on Billboard Top Albums chart.

Good Times! features songs the group passed over back in the day from such heavyweights as Carole King & Gerry Goffin, Harry Nilsson, and Neil Diamond. The main draw of the new album is the inclusion on newly written songs by such “modern” songsmiths as Weezer's Rivers Cuomo, Oasis' Noel Gallagher, Paul Weller, Death Cab For Cutie's Ben Gibbard, XTC's Andy Partridge, and Adam Schlesinger. Davy Jones was represented with a '60s-era outtake, the Neil Diamond-written “Live To Love.”

In October 2018, the Monkees returned with their first holiday collection, titled Christmas Party. The album features new vocals by Micky Dolenz, Mike Nesmith, and Peter Tork — with Davy Jones featured on two vintage recordings. Adam Schlesinger produced the set, which includes covers of such Christmas standards as “Merry Christmas, Baby,” Paul McCartney's “Wonderful Christmastime” and Wizzard's yuletide hit “I Wish It Could Be Christmas Every Day.”