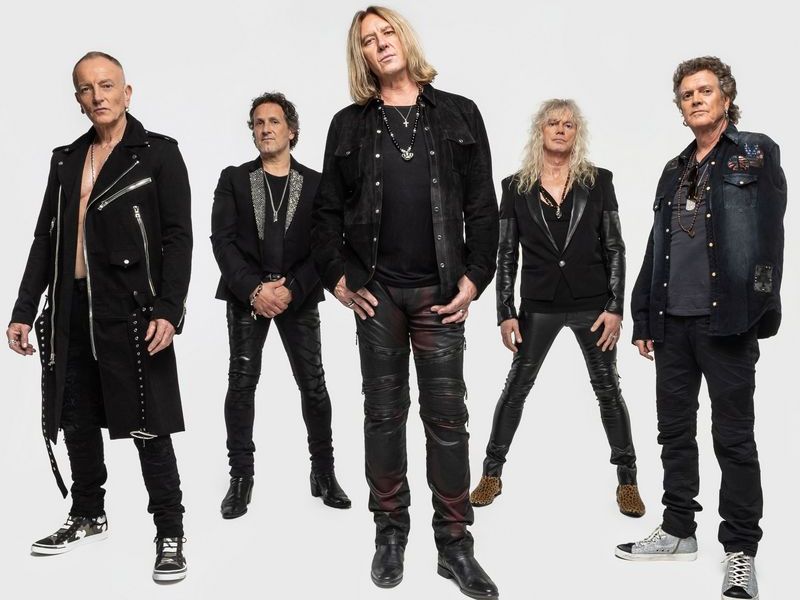 Filmed in December 2018, Hysteria At The O2 features Def Leppard's debut at the London venue and spotlights the band playing its diamond-certified, 10-times platinum album Hysteria in its entirety.

The tracklisting to Def Leppard's London To Vegas Blu-ray/DVD is:

Before And After: “Wasted,” “When Love And Hate Collide,” “Let’s Get Rocked,” “Rock Of Ages,” and “Photograph.”

Bonus feature: Hysteria: Then And Now

Acoustic In Vegas: “Let Me Be The One,” “We Belong,” “Have You Ever Needed Someone So Bad,” and “Two Steps Behind.”

When pressed as to whether Def Leppard's multi-platinum Hysteria collection feels like it was released over three decades ago, frontman Joe Elliott admitted: “Actually, it doesn't. Y'know, I've been talking to people about this recently and I think if you're, like, wrongfully imprisoned for 30 years — it's a long time. We're not naive. We realize that, like, (The) Dark Side Of The Moon for Pink Floyd, or Sgt. Pepper's (Lonely Hearts Club Band) for the Beatles, most bands have got one album that they'll forever always gonna be talking about and is always the yardstick, or whatever, is judged against. And if you're lucky enough to make one album like that, you should be blessed and accept it. We don't think of it as an albatross, really.”

Def Leppard will next perform on May 1st Mexico City, Mexico at the Domination Festival

The band kicks off “The Stadium Tour” with Motley Crue, Poison, and Joan Jett & The Blackhearts on June 18th in Jacksonville, Florida at TIAA Bank Field.