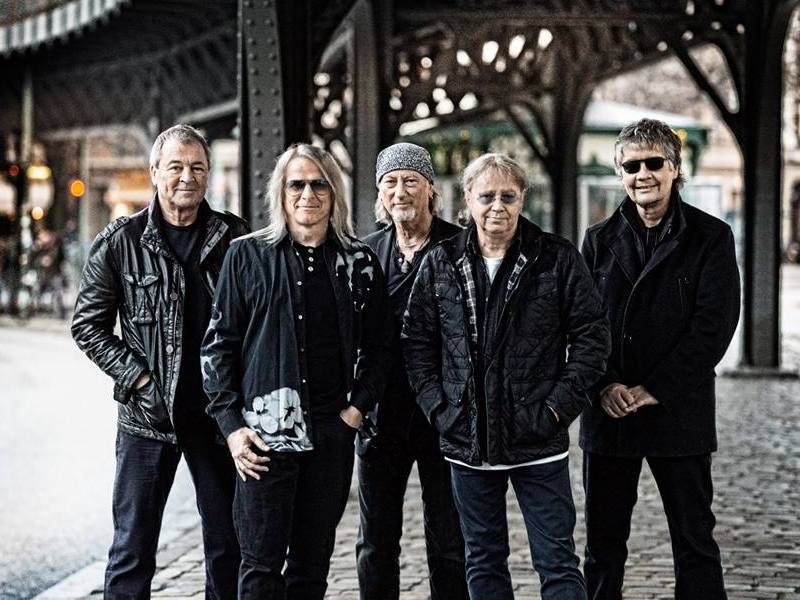 Deep Purple Teams Up Again With Bob Ezrin For ‘Whoosh!’

Whoosh! will be released as a limited edition CD+DVD Mediabook “featuring a film of their full live performance from Hellfest 2017 and hour-long video interview with bassist Roger Glover and producer Bob Ezrin.”

Guitarist Steve Morse said in the statement announcing the new album: “We've included everything that made the whole band smile, including Bob Ezrin. We've always enjoyed making music and having the incredible luxury of a loyal audience.”

Frontman Ian Gillan told us that at this point Deep Purple is truly a band of brothers on the road — rather than just bandmates working together: “If you could be a fly on the wall in the dressing room or on the tour bus or in the hotel bar you'd see a bunch of people that don't even talk about music when we're offstage or out of the studio. There's a lot of banter that goes on and I think that creates a good atmosphere. It's good for the soul.”

Deep Purple will next perform on March 14th in Mexico City, Mexico at the Hell & Heaven Festival.