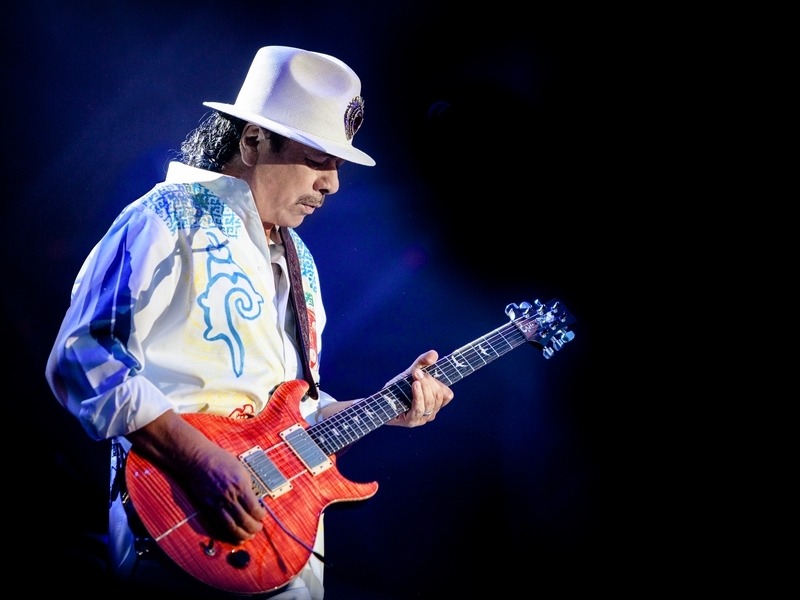 Both Santana and EWF spoke about the upcoming road dates in the official tour announcement, with Carlos Santana saying:

It is a great joy and honor to co-share music with the magnificent elements of Earth, Wind & Fire. We look forward to delight, joy and ecstasy! I feel like a 20 year old on stage playing with my band, and they deliver incredible energy on every song. When we hit the stage, we know we will touch your heart and make you dance, sing, cry, laugh and leave your worries and fears behind. The shows will feature the hits of yesterday, today and tomorrow. . . with energy!

We are excited to rock the USA alongside our friend Carlos Santana and his band with their off-the-chart musicianship and high energy show. We‘re going to bring the mighty elements of the universe to the stage and take fans on a journey they’ll never forget. This is gonna be a blast!

Santana told us that he prides himself on keeping both an open mind and heart when he picks musicians to perform with and songs to play: “My reality tells me that all I need to do is honor someone who brings their heart to me and approach everything that they put in front of me like my first French kiss. There's a certain awkwardness. I think it's called purity and innocence. And if I bring that to everything that is front of me — like I have to bring the same thing — that newness, that freshness. To the point that I may look stupid, like, I don't know how to play. But that's how I like to play.”

Philip Bailey told us he's never taken for granted the fact that he's been allowed to create music as a career: “When I was a kid, fell in love with music. I would never have thought that I would have had the opportunity to do any of the things that I've done in my lifetime. You don't even dream of those kinds of things as a kid. I'm just humbled by the fact that I've had an opportunity to live a wonderful life and look for every opportunity everyday to continue to just be the best me I can be.”