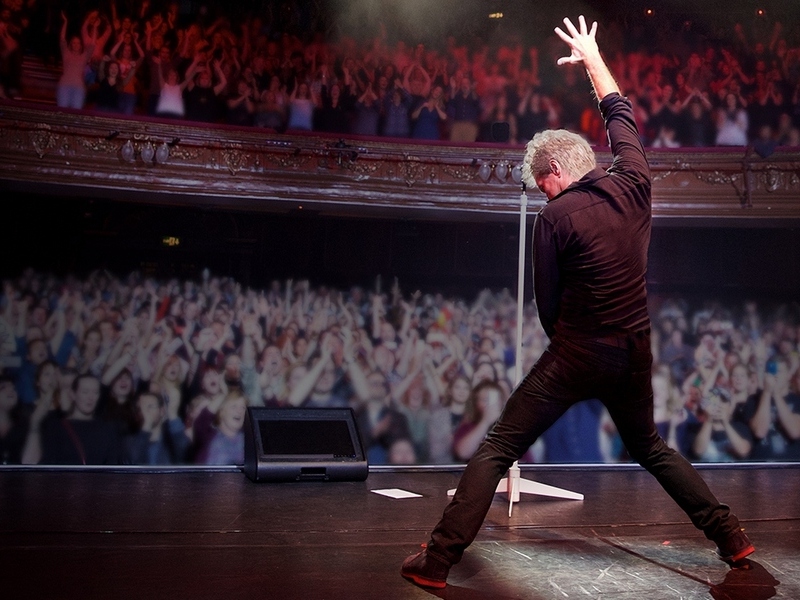 Jon Bon Jovi shed light on the iconic new photo of him featured on Bon Jovi's new album, Bon Jovi 2020, due out on May 15th.

Bon Jovi posted on BonJovi.com: “The inspiration for the cover of Bon Jovi 2020 is a photo of John F. Kennedy, taken by Michael Ochs in August of 1962. It pictures the president reflecting both literally and figuratively upon a crowd in California. I saw this photo and wondered what the president was thinking. Since there are so many socially conscious songs on the record and my admiration of the photo of JFK, I asked photographer Clay McBride to capture it as the cover of Bon Jovi 2020.” – JBJ

Bon Jovi recently addressed his fans on Facebook and explained that the group is the furthest thing from a nostalgia act and living in the past is simply not his trip: “Y'know, we've been around for 33 years now, and we're really still committed to pushing ourselves. We don't wanna chase anything or anyone else, because truthfully it just wouldn't feel right and it wouldn't ring true. I don't have much desire to rewrite the hits of the past; although songs like 'Livin' On A Prayer,' or 'Wanted (Dead Or Alive),' or 'It's My Life' changed all of our lives — you can't relive the past. Sometimes it might upset those who get in an uproar and want us to live in the '80s, but, sorry, as a writer, you gotta live the story of tonight. Yesterday is gone and it's all happened.”