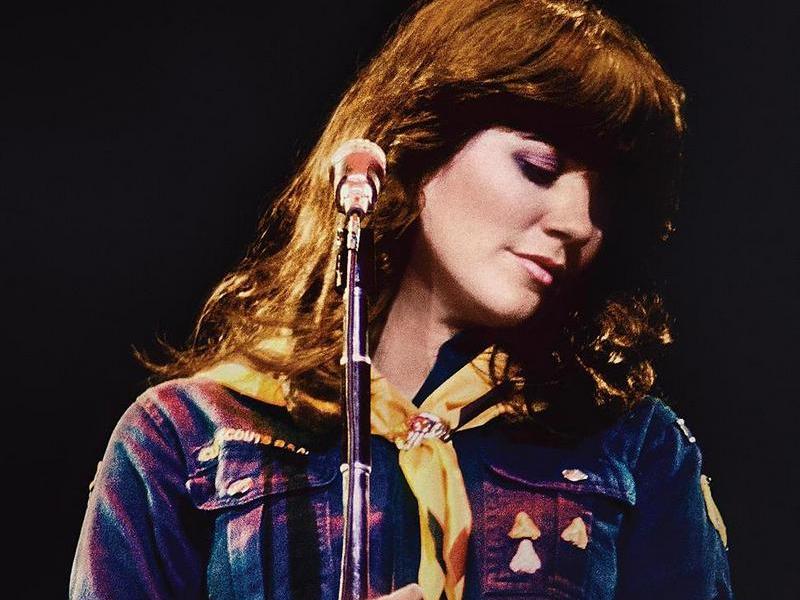 It was 40 years ago today (February 19th, 1980) that Linda Ronstadt released her “new wave” album, Mad Love. The collection — which was Ronstadt's 10th — featured a tougher sound than the middle of the road California rock of her previous hit albums, and was notable for her inclusion of no less than four Elvis Costello covers — “Alison,” “Party Girl,” “Girl's Talk,” and “Talking In The Dark.”

Mad Love, which topped out at Number Five on the Billboard 200 albums chart and spent 12 weeks in the Top 10. The album included three Top 40 hits — “How Do I Make You,” which peaked at Number 10; a cover of Little Anthony & The Imperials' “Hurt So Bad,” which hit Number Eight; and Ronstadt's cover of the Hollies' favorite “I Can't Let Go,” which stalled at Number 31.

Around the time of Mad Love's release Linda Ronstadt spoke about the difficulties in finding suitable material year-in and year-out: “It's always hard to find enough songs for a record — 'just always hard. And then once you start recording you start recording 'em, you just, sort of, go — 'Why did I ever think I could sing this?' Y'know, it's total arrogance. y'know (laughs)?”

During his 2016 induction into the Songwriters Hall of Fame, Elvis Costello gave thanks to the two people — other than himself — who can be credited for establishing him as a songwriter of note: “Most of my songs have been written alone for me to sing. They have been my only companions in these uneasy hours. But, I should like to acknowledge Linda Ronstadt and Peter Asher (applause), for having introduced my song 'Alison' to the American public. I wasn't very gracious about it at the time, because I was too possessive of my songs, but that recording and the royalties that it generated, it kept. . . (laughter) it kept the gas in our tour bus, while I got to state my case, of which I'm certain.”