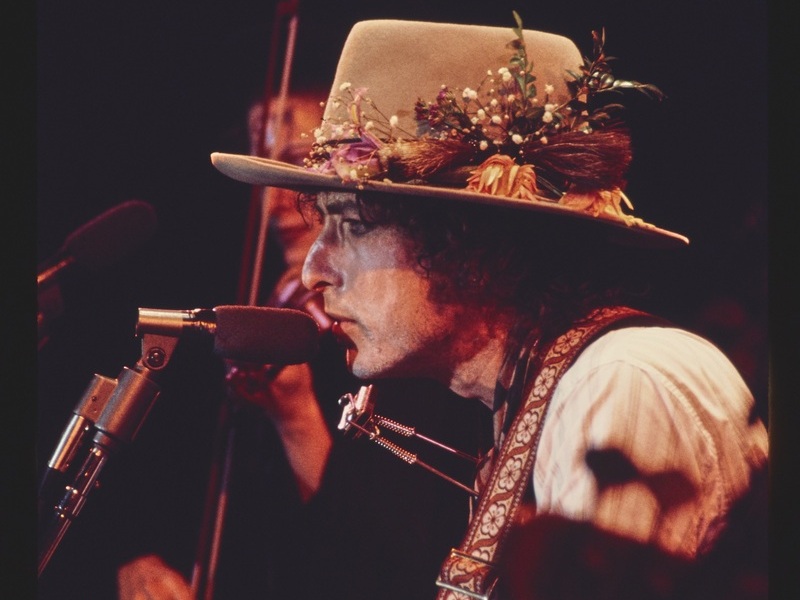 It was 51 years ago today (February 18th, 1969) that Bob Dylan and Johnny Cash first teamed up to record an album of duets in Nashville. The sessions were widely bootlegged over the years, and are included on the shortlist of such legendary unreleased albums as the Beach Boys' long unfinished Smile, the Beatles' original version of Let It Be, and Dylan's complete set of The Basement Tapes with the Band. Finally, in 2019, the tapes were finally released as part of the collection, Bob Dylan (featuring Johnny Cash) – Travelin' Thru, 1967 – 1969: The Bootleg Series Vol. 15.

On February 18th, Cash visited Dylan at Nashville's Columbia Recording Studios while Dylan was recording his legendary Nashville Skyline album. Dylan and Cash began the joint session by running through only three songs before packing it in. The next day, Cash ran through 20 songs in hopes of recording an album of duets.

The songs recorded included gospel and traditional, such as “Amen,” “Careless Love,” “You Are My Sunshine,” “How High The Water,” and “Just A Closer Walk With Thee,” to early influences including Jimmy Rodgers' “T For Texas (Blue Yodel No. 1)”, Elvis Presley's “Mystery Train” and “That's All Right Mama,” and Carl Perkins' “Matchbox.”

Also recorded were Cash's “I Walk The Line,” “Big River,” “I Still Miss Someone,” and “Ring Of Fire.” They also recorded Dylan's “Girl Of The North Country,” the only song from the sessions to see an official release when it appeared on Dylan's Nashville Skyline album; “One Too Many Mornings”; and his then-previously unreleased “Wanted Man,” which Cash recorded six nights later during his legendary Johnny Cash At San Quentin live set.

The sessions included a full-band accompaniment, featuring Charlie Daniels on lead guitar, and both Dylan and Cash on acoustic guitars, with Dylan singing harmony to Cash's baritone.

Although the Dylan-Cash album never materialized, Cash went on to contribute the liner notes to Dylan's Nashville Skyline. That same year, Dylan returned the favor by appearing on The Johnny Cash TV show and performing two numbers, “I Threw It All Away” and “Living The Blues,” before duetting with Cash on “Girl From The North Country.”

Although Bob Dylan has amassed a fortune over the nearly-60 years he's been a recording and performing artist, he told the BBC that money was the last thing on his mind — when striking out as a folk singer: “I don't need money. I mean, I started out with no money. . . Don't tell. . . I don't wanna hear about money. I had less money than anybody I know, when I started out. I had no money. I mean, if you're talkin' about paper money and money in the bank, or wealth, possessions, and all that stuff — I had nothing. It's not like I went out and got into music to make money. There wasn't any money to be made in music when I was. . . If you could just support yourself, that was, you were doing good.”