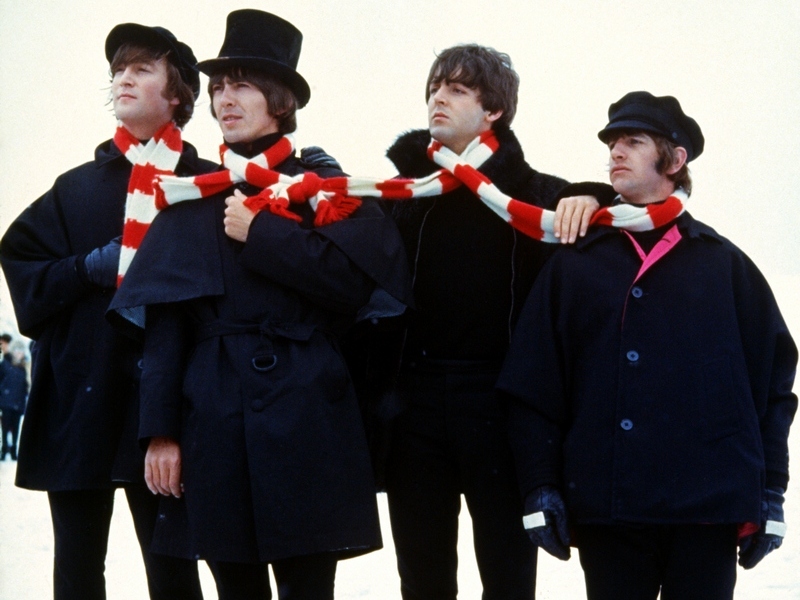 55 Years Ago: The Beatles Record ‘Ticket To Ride’, Kick Off ‘Help!’ Sessions

It was 55 years ago Sunday (February 15th, 1965) that the Beatles recorded their eighth U.S. Number One hit, "Ticket To Ride." The session was the Beatles' first for the year and the start of the Help! album, which featured a new technique for the group. Instead of recording multiple takes of each song, they began by recording a very simple basic track, and then overdubbing on top of it.

"Ticket To Ride," written by John Lennon and Paul McCartney, was inspired by an early visit to the British town of Rhyde, which made the song's title a subtle in-joke within the band. The session also marked the first time that McCartney played lead guitar on a Beatles session, performing the song's galloping solo. The song's distinctive circular introduction, however, was played by George Harrison. Years later, John Lennon, who criticized the performance and sound of many of the Beatles' biggest records, was especially proud of "Ticket To Ride," and credited McCartney with suggesting to Ringo Starr the song's slightly off-the-beat drumming.

Also taped that evening at London's Abbey Road Studios were two more songs featured in the group's Help! movie: McCartney's "Another Girl," which also featured the three-guitar lineup of Lennon, Harrison and McCartney, and George Harrison's "I Need You." "I Need You" was only Harrison's second released solo composition, and was written about his future wife Pattie Boyd.

Pattie Boyd told us that Harrison often felt his material was passed over on Beatles albums to make more room for Lennon-McCartney songs: ["I think he felt quite often that Paul didn't think that his songs were quite good enough for a Beatles album. Because he felt that he was being left out quite often — song-wise. Obviously Paul and John together were terribly prolific, and if not together then individually. It was all, y'know, a question of time."] SOUNDCUE (:19 OC: . . . question of time)

Although it was later a four-week Number One hit in America, "Yesterday" first reached British fans as one of the non-soundtrack songs buried on Side Two of Help! Paul McCartney admits that he's still astounded at the continuing popularity of 'Yesterday' — which remains the most covered song in modern history: ["My most successful song was 'Yesterday' that got covered by just everyone. 3,000 people including Ray Charles, Marvin Gaye, Elvis (Presley), Frank Sinatra — I mean, I should be so lucky. It's just unbelievable. But that one song; I woke up one morning and I had dreamed it. See, I don't know where it came from. I just woke up (sings melody) — I had that song. So, I believe in magic."] SOUNDCUE (:24 OC: . . . believe in magic)

The late-Beatles producer George Martin recalled to us how 'Help!' was a late in the game addition to both the "Fab Four's" second feature film as well as their fifth UK album: ["'Help!,' of course was originally written for the film. And John was the one who came up with the title song, because up till that time, the film wasn't called Help! — and it was the song that made it."] SOUNDCUE (:10 OC: . . . that made it)

During his 1970 interview with Rolling Stone, John Lennon listed "Help!" as among his best songs: ["Because I meant it. It’s real. The lyric is as good now as is was then, it’s no different. And it makes me feel good that I was that sensible or whatever — not sensible, but aware of myself then. It was just me singing ‘Help’ — and I meant it. I don’t like the recording that much — the song I like. We did it too fast to try and be commercial.”] SOUNDCUE (:19 OC: . . . and be commercial)

"Ticket To Ride" was released on April 19th, 1965 and on May 22nd went on to become the Beatles' eighth Number One hit.