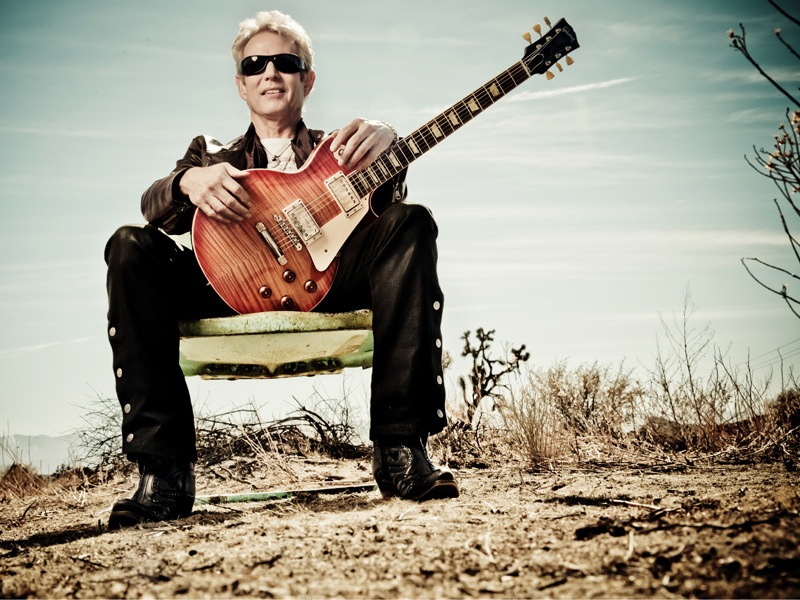 Former-Eagles guitarist Don Felder is engaged to Inside Edition weekend anchor Diane McInerney. People.com reported that Felder popped the question back on January 19th during a sunset stroll in Malibu — not far from where he wrote the introduction to the Eagles' 1976 chart-topper, “Hotel California.” Felder, who's now 72, gave the 48-year-old McInerney “a custom-made, five-carat round brilliant cut diamond ring.”

According to an insider close to the couple: “Don is so in love with Diane. She fills his heart every day in every way with love and joy. Diane is beyond excited to be engaged to the love of her life. Their friends and family are thrilled for their happiness.” The upcoming nuptials mark the second walk down the aisle for both.

Don Felder told us that nearly two-decades after being fired from the Eagles and suing his bandmates and manager, the tensions surrounding all the past and present bandmembers seems to have cooled to a comfortable temperature, resulting in the recent critically acclaimed History Of The Eagles documentary: “I think there's not a lot of bitterness or resentment left in a lot of those relationships in the band. I know they invited Randy Meisner and Bernie Leadon to be part of it as well, so that everyone that had been participating at some point in the career of the Eagles was represented, either in interviews or in existing, older footage. So, I know they tried to include everyone.”