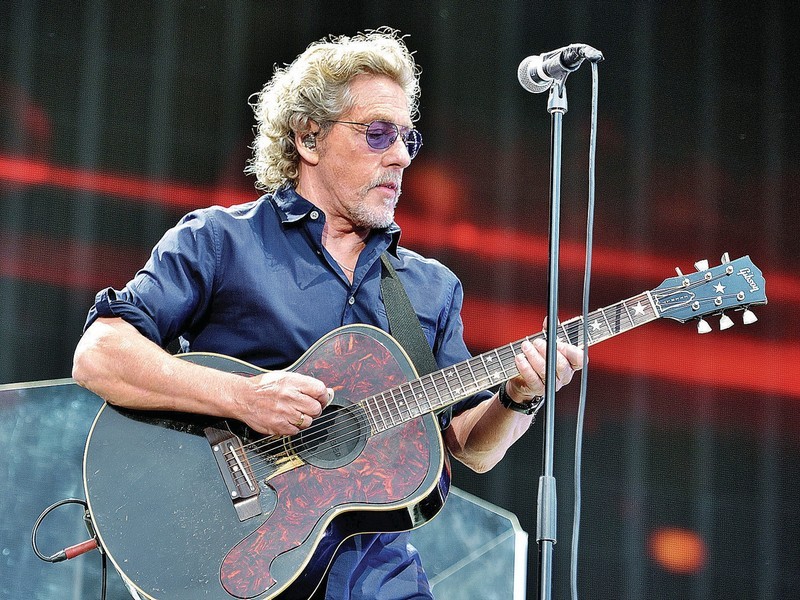 Roger Daltrey: ‘There Is No Such Thing As An Easy Who Song To Sing’

The Who are gearing up to play a pair of special acoustic shows this week in London. The group will perform on Wednesday and Thursday (February 12th and 14th) at Pryzm in Kingston-Upon-Thames, England. The Thursday night show falls on the 50th anniversary of the Who's legendary Leeds University gig, which spawned the groundbreaking 1970 Live At Leeds album.

Roger Daltrey spoke to Goldmine and revealed that even today — singing Pete Townshend's songs is no easy assignment, admitting, “There’s no Who song that’s easy. There is no such thing as an easy Who song to sing; okay, maybe 'Squeeze Box' (laughs). We’ve done some concerts where people come up and sing Who songs when we’re celebrating the music of the Who and they always come up afterwards and say to me, 'How the f*** do you do this for two hours?' (Laughs) They can’t believe how difficult the songs are to sing because they’re all lyrics and there’s very few solos. If there were 10 minute solos I wouldn’t know what to do, I would have been bored with it.”

Fans and critics alike have been commenting on how over the past couple of years Daltrey's vocal chops seem to sound better than they did 20 years ago: “I’m singing for my life 'cause I know I don’t have long. I’m running out of years 'cause I can’t live forever. I just give it everything I’ve got. Basically, that’s it. I’ve been very lucky to find a voice doctor to sort out a pre-cancerous thing that I’ve got and he takes care of me in a way that I couldn’t ever have imagined could have happened to me.”

Roger Daltrey has been slowly developing a Keith Moon biopic for over a decade, and when pressed as to the project's status he said, “I can’t tell you much about it until it’s done. We’re still working on the screenplay. It’s a very difficult subject but when we get it ready I’ll be happy to speak to you again. I’m very optimistic we’re on the right track at last.”

During his recent appearance on Britain's The One Show, Roger Daltrey touched up on his desire to make a film that captures the essence of Keith Moon: “I want to make a movie about Keith — I don't wanna make a movie about the Who — and I do not wanna make a biopic. I want to make a film to try and really capture the complexities of Keith Moon. Because a lot of people think they know about him and they obviously know about these funny exploits; but there were so many sides to Keith Moon. He was fearless, he was crazy — every part of his personality was in excess.”

Although it's considered perhaps the heaviest Who album, 1975's The Who By Numbers featured the surprise pop hit “Squeeze Box.” Roger Daltrey he made no apologies for the song being one of the band's more commercial tracks: “We just did it as a piece of fun — and that's probably why it's gonna be in my show (laughs)! It's just so quirky, and it just gives you kind of a slight insight into Pete's humor, y'know? At the time it was kind of tongue-in-cheek, a bit. We were very proud of our pop history. We're a pop group. We're a rock group now — but we started as a pop group, and there's nothing wrong with pop. Pop's got a very valuable place in music history. And a three-minute single, they're all gems, usually, and they still stand up. A good song, is a good song, is a good song.”