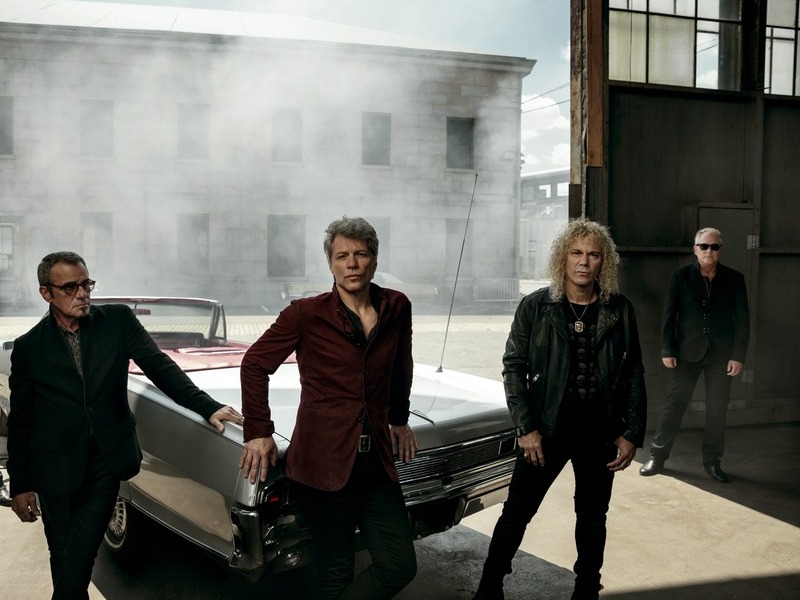 Jon Bon Jovi is calling on fans to enter a new contest in which they sing Bon Jovi's new song, “Limitless.” The catch is — they don't know how the song goes. Fans can log on with the mobile devices to SingBonJovi.com, check out the lyrics and sing along to the song's backing track — which doesn't have a top melody, meaning the poster needs to make up the melody for themselves.

Ultimate Classic Rock explained: “Posting the video to Instagram Stories with the hashtag #SingBonJoviContest automatically enters the recording into a contest, with the best versions shared on the band's Instagram feed. The winner — which the band will determine and announce when they release the whole single — will get to sing 'Limitless' on stage with Bon Jovi during their upcoming summer tour with Bryan Adams.”

Jon Bon Jovi can't overestimate the importance of a killer song title: “Typically — not always — but typically, it does starts with a title. For me, that dictates the feel and then, subsequently, the chord progression and a story; the lyrics. But a lot of times, y'know, the title tells you the story.”

Bon Jovi has wrapped production on their new album, Bon Jovi 2020. So, far no official release date has been announced.