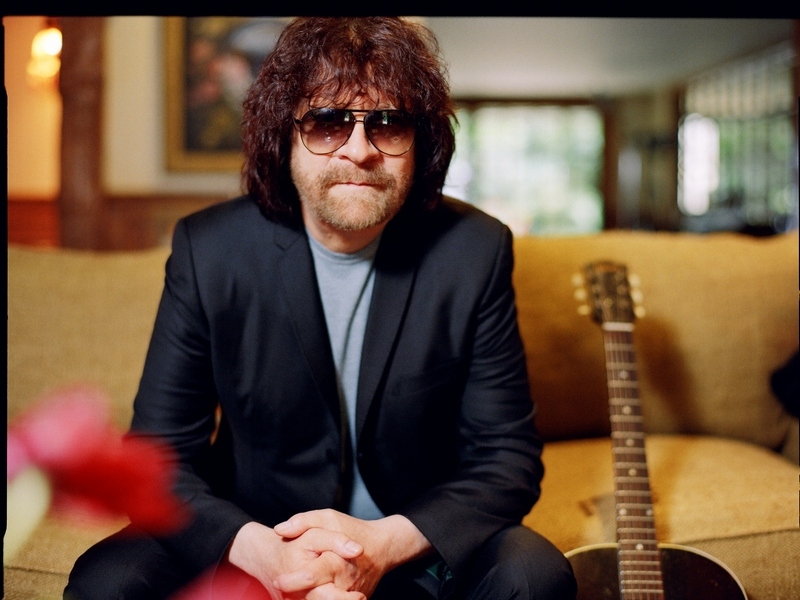 ELO founder Jeff Lynne has been a Beatles fan from the time the band hit the charts till now. Over the years, he's not only produced George Harrison, Ringo Starr, and Paul McCartney separately and collectively, he co-founded the Traveling Wilburys with Harrison in 1988 and was behind the board for the Beatles' 1995 Anthology reunion tracks.

Lynne spoke about his admiration for the Beatles and was asked about his long and storied relationship with the group and its music, telling Classic Rock magazine, “I’ve had lots of luck when it comes to the Beatles. When I was recording with (my band) the Idle Race in London in 1968, a friend of our engineer phoned the studio to say he was working on a Beatles session at Abbey Road. He told us we could go down there to have a look if we wanted. . . I saw Paul and Ringo in Studio Three, doing a piano and vocal. Then I got invited into Studio Two, where John (Lennon) and George were in the control room. Down below, in the actual studio, George Martin was hurling himself around this pedestal, conducting the string section for 'Glass Onion.'”

He went on to say, “I was blown away. Nobody had heard it yet, but there I was in Abbey Road, actually listening to it being made. I stayed for maybe half an hour, then I thought it would be polite to leave, because you feel a bit of a d*** in that company. So I went back to where the Idle Race were recording and, of course, it didn’t sound quite so good.”

Years later, Lynne and George Harrison connected through Dave Edmunds and began work on Harrison's 1987 comeback album, Cloud Nine: “We just got on really well and had the same sense of humor. After a couple of weeks of recording, he turned to me and said: 'Y’know what? Me and you should have a group.' I thought it was a great idea, and asked him who we should have in it. He went: 'Bob Dylan.' So I said: 'Right, can we have Roy Orbison, then?' George said: 'Of course. I love Roy.' All we had to do was ask. And they all wanted to be in it, so suddenly we had the whole Traveling Wilburys.”

Regarding him producing the mid-'90s Beatles reunion sessions, Lynne explained, “Obviously George, Paul, and Ringo were the ones who had to make their minds up. Because George and I had already worked together, I think Paul was a bit wary of me. He might have thought that I’d be in George’s camp and that I would favor whatever he said. But it was never going to be like that. They’re all Beatles to me, and I wanted to do my best to make it a record that they were all pleased with.”

Lynne recalled the scene beyond the sessions for the Beatles tracks, “Free As A Bird” and “Real Love”: “I was staying in a cottage in Paul’s grounds during the recording of 'Free As A Bird' and 'Real Love,' with George in another part of the house. Every morning he’d shout up: 'C’mon, ya lazy bugger! Your porridge is ready!' Then it was off to work on the new Beatles record. It was surreal.”

When asked about John Lennon's endorsement on ELO back in 1974 saying that the band was “son of Beatles” and sounded how the “Fab Four” would have had they still been recording, Lynne admitted: “I was shocked when he said it. I’ve actually got a recording of him saying that. He was a guest DJ on an American radio show in New York, and he said: 'Nice little group, these. I love this group.' He got talking about 'Showdown,' and said: 'I thought this would be Number One, but (the label) United Artists never got their fingers out.' It was fantastic.”

Having worked so closely with the surviving Beatles, we asked Jeff Lynne if he’s ever wondered what it would’ve been like to be behind the boards for his hero and main inspiration, John Lennon: “It would’ve been great. I mean, I would’ve loved it obviously. I liked him in, y’know, every aspect of him, really, the melody and the raucous stuff, and the gentle stuff. It’s too difficult to say, really, y'know? I would’ve loved to have a go at it — that’s for sure.”

Although Paul McCartney had met Jeff Lynne in the '70s and had long admired his work, it wasn't until the Beatles' mid-'90s Anthology reunion sessions that McCartney and Lynne ever recorded together: “I think it was George who said, 'No, we need a producer, y'know, we. . . it could be dangerous just all going in the studio, it could get nasty.' 'Cause you got egos flying around, surprisingly.”

Jeff Lynne's latest self-written, produced, and performed ELO collection, From Out Of Nowhere hit Number Six on Billboard's Top Rock Albums chart — and sailed to Number One in the UK.