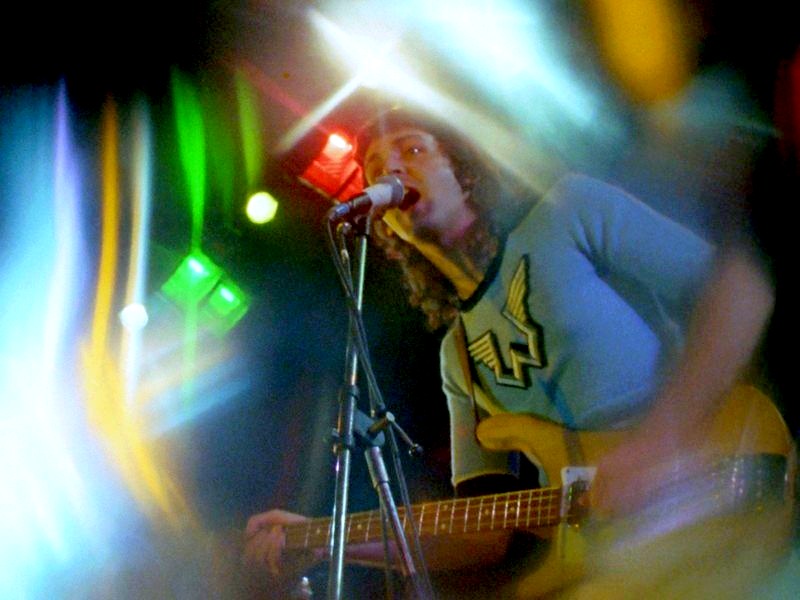 It was 48 years ago tonight (February 9th, 1972), that Paul McCartney, along with his new band Wings, performed his first solo show at Britain's Nottingham University. Although McCartney refused to include any Beatles numbers in the band's set, he couldn't resist performing the group's longtime set-closer, a cover of Little Richard's “Long Tall Sally.” Incidentally, the gig was eight years to the day of the “Fab Four's” debut in America on The Ed Sullivan Show.

McCartney's idea of reliving the Beatles' early pre-fame days had actually been his idea for the group the day that John Lennon quit the group in 1969. McCartney thought it a good enough idea to revisit as the launch of Wings' live act: “We decided to go back to square one and not form a, sort of, great big 'supergroup' and come out the level the Beatles were at. So, it was kinda funny looking back on it. We just stuck everything in a van — dogs, children, potty — and just went up the motorway without any bookings, without any hotels. Anyway, we found Nottingham University and went and did a gig there and (then) did a little, kind of, university tour. So from those small beginnings, we gradually formed Wings.”

Wings co-founder and drummer Denny Seiwell says that McCartney formed Wings as a way for him to get back to being a working musician: “Really, I believe that it was his need to just get back and perform live under a controlled situation. Like, he always used to say that the Beatles was a, it was really great to play live with them, but in the, y'know, as soon as they became 'The Beatles,' I mean, they couldn't hear each other, the equipment was so rotten, and it was just such an ordeal to get up on stage and play that there wasn't that much enjoyment from it.”

Denny Laine was the sole member of Wings to span the band's decade-long run. He recalled the early summer 1971 phone call from McCartney asking him to help form the group: “Y'know, he was looking for people he could get on with and people who would go on in the future with new ideas. So he just called up and said, 'Paul here, do you fancy getting a band together?”

McCartney told us that he still feels guilt at Linda putting her successful photography career on ice while forming Wings with him — only to have both fans and critics bash her at every opportunity: “I was very sorry that that happened. It's terrible. Like I say, it's OK for you to go through problems, but if you're a good guy, then it's painful to be part of the reason why these wounds are inflicted on your partner.”

Money was always a problem for the early members of Wings, with most of McCartney's assets tied up in legal problems with the Beatles. During the band's initial days, he paid Denny Seiwell, and guitarists Denny Laine and Henry McCullough a meager 70 (British) pounds a week and kept them constantly on call.

Shortly before his 2016 death at age 72, Henry McCullough told us that adding in the fact that he was treated at times as nothing more than a session player for McCartney, the deal was bound to go sour as quickly as it did: “I went into the band not to be a sideman. Once the whole thing. . . We grasped what we were headin' for, it was heads down and everyone worked towards that particular goal — and it wasn't for very long. But there was sort of revolution in the air. And Denny Seiwell was startin' to feel it a little bit. And all we wanted was to be paid for what we were doin'. I didn't want to be on a weekly wage.”

The original road lineup of Wings survived three tours; the early 1972 “University Tour,” the summer '72 “Wings Over Europe” trek, and the band's only officially booked UK tour in the spring and summer of 1973.

The original Wings lineup last performed live together on July 10th, 1973 in Newcastle, England. In all, the first touring lineup of Wings performed 58 shows in 11 countries across Europe.

Both Denny Seiwell and Henry McCullough quit the band just prior to Wings leaving for Lagos, Nigeria to record 1973's Band On The Run. Seiwell and McCartney remain close to this day, with McCartney and McCullough finally patching things up — at Seiwell's urging — backstage at McCartney's December 20th, 2009 in Dublin, Ireland.

After years of collecting dust in Paul McCartney's archival vaults, the long lost live Wings album Wings Over Europe, is living up to his legend. Released in 2018 as part of the sprawling Paul McCartney And Wings – 1971-73 Limited Edition Box Set, which features both the new Wild Life and Red Rose Speedway “Archival Series” collections combined, Wings Over Europe spotlights the earliest live incarnation of Wings, featuring Paul and Linda McCartney, Denny Laine, Henry McCullough, and Denny Seiwell. All but one of the disc's 20 songs is from the band's summer '72 European trek, with the album's opening number “Big Barn Bed” coming from July 10th, 1973 at the lineup's final gig in Newcastle, England.

Among the highlights on the set is McCartney's first bonafide solo classic, “Maybe I'm Amazed,” a pair of Ram favorites, “Eat At Home” and “Smile Away” along with such early Wings staples as “Give Ireland Back To The Irish,” “Wild Life,” “My Love,” “Mary Had A Little Lamb,” and “Hi, Hi, Hi” — along with a pair of 1950's covers including particularly hot versions of Elvis Presley's “Blue Moon Of Kentucky” and a show-closing romp on Little Richard's “Long Tall Sally.”

Also included in the recent Red Rose Speedway box set is McCartney's live concert/animation film, The Bruce McMouse Show. The movie, which had long been on die-hard fans wish lists over the years, features classic footage of Wings' first live lineup, performing key tracks during its legendary summer 1972 “Wings Over Europe” tour. Interspersed are comedic clips featuring a family of cartoon-animated mice that live under the concert stage, which were based on McCartney's original drawings.