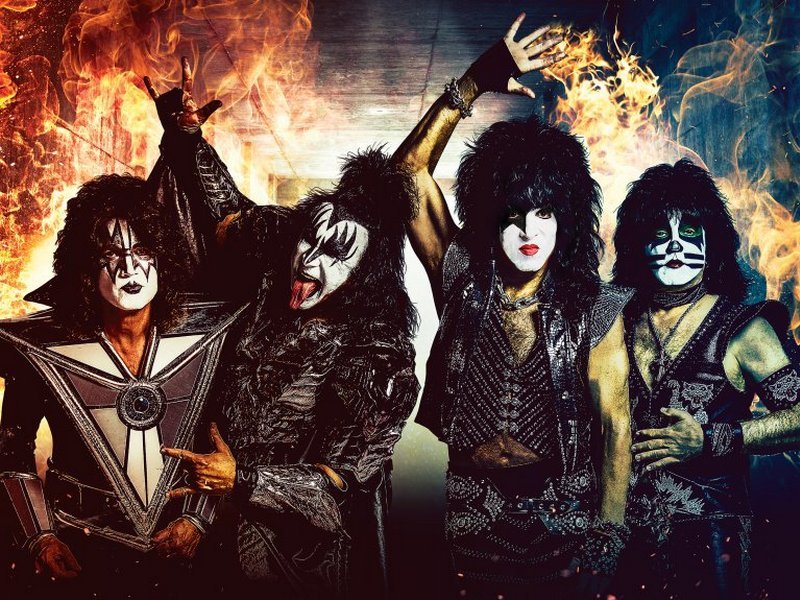 The long-rumored Kiss biopic is going ahead with a summer 2021 release date tentatively penciled in. The band's manager Doc McGhee appeared on Rock Talk With Mitch Lafon, and spoke about the movie, which he had previously described as focusing on the band's formation, early years, and ascent to fame. Ultimate Classic Rock quoted McGhee as saying, “I can tell you (the film is being made with) with Mark Canton, so he’s a great, great producer and a really good guy. Hopefully in the next week we’ll have a company behind it, and we’ll start finishing the script, and hopefully by the time we end we’ll have a movie finished for July of next year.”

As it stands, Kiss have already unveiled the date of its final show being July 17th, 2021 at a still-to-be-announced venue in New York City. It wouldn't be surprising if the new biopic is released in conjunction with the final Kiss gigs.

Casablanca Records' late co-founder, executive vice president, and managing director Larry Harris was among Kiss' earliest and most ardent supporters. Shortly before his 2017 death, Harris told us that he knew that with their live show alone, Kiss was destined for super-stardom: “The one thing that I knew, because I went on the road with them all the time — and I know Neil probably believed this too — the effect they had on an audience. From the very first time they ever performed — not in New York. When they played that gig I set up in Detroit. And they were on, y'know, with Ted Nugent, and it was Bob Seger, and it was them and then Aerosmith — I never saw them not kill an audience.”

Paul Stanley told us that over the decades, Kiss has lived out their career in public and that come what may, the fans have always seen the very human side of Kiss throughout the years: “I've made mistakes. The band has made mistakes, but that's great. A) If you survive your mistakes, that's great, and B) if you learn from them, all the better. We've lived a very open and very public life, and anything that we've done has been on the record. We've been seen blemishes and all, and I think it's awesome.”