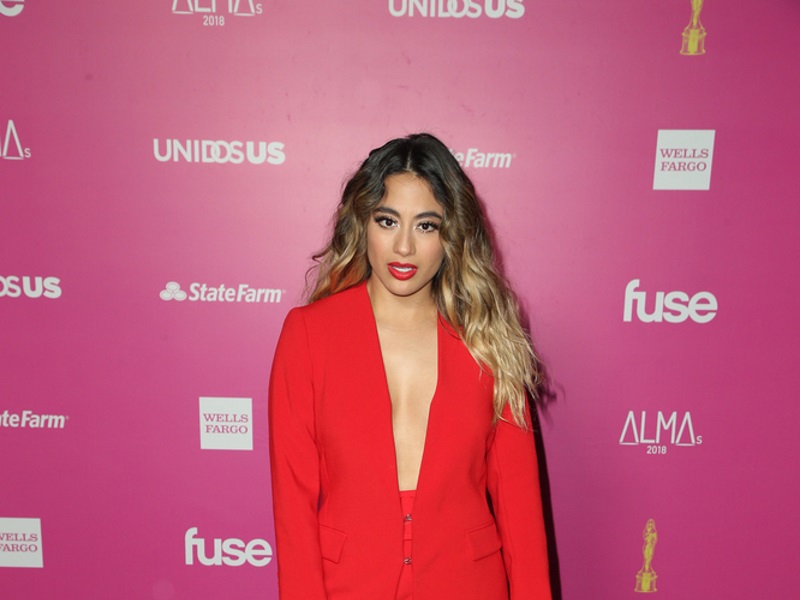 ALLY BROOKE RELEASES ‘NO GOOD’ VIDEO: Ally Brooke has released her new video for “No Good.” Ally and her male partner perform a sexy dance routine with some ballroom steps thrown in. Ally, who came in third place on last season of Dancing With The Stars, told a fan on Twitter that despite her recent dance training, the video’s choreography proved challenging. “There was a sequence of moves, with the spin at the end,” she said. “I kept getting extremely nauseous and dizzy after every take, I literally almost PASSED OUT. But it was worth it lol.” Ally kicks off her Time to Shine tour on March 6th.

DEMI LOVATO SAYS COMING OUT TO PARENTS WAS ‘BEAUTIFUL’ MOMENT: Demi Lovato said in an interview Thursday with Andy Cohen on Radio Andy that her parents, Patrick Lovato and Dianna De La Garza, were supportive after she told them she may end up with a woman romantically. When asked about her sexuality, Lovato said she’s “still figuring it out.” She recalled how she first told her parents in 2017 that she saw herself “ending up possibly with a woman.” “It was actually, like emotional, but really beautiful,” Lovato said. “After everything was done I was like shaking and crying and I just felt overwhelmed.” “I have such incredible parents. They were so supportive,” she added.

BTS RELEASE THEIR SECOND COMEBACK TRAILER, ‘OUTRO: EGO’: The second comeback trailer for the new BTS record has been released and features the outro from their upcoming album Map of the Soul: 7, called Outro: Ego, and stars J-Hope. J-Hope raps about trusting himself in the song, saying that past hardships have made him who he is today. Map of the Soul: 7 will be released on February 21st.