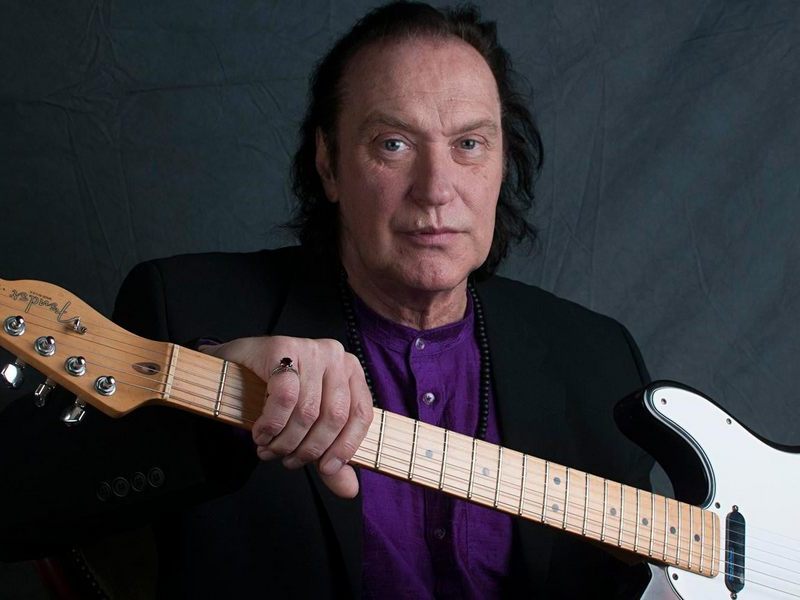 Happy Birthday to Kinks co-founder and lead guitarist Dave Davies who turns 73 today (February 3rd)!!! In 2018 Davies made another deep dive into his personal vaults for the new album Decade, chronicling his unreleased music recorded between 1971 and 1979.

In 2017, Davies released his latest album, titled Open Road, a collaborative venture between him and son Russ Davies. The collection marked Dave's first studio set since 2014's critically acclaimed Rippin' Up Time album. During a recent chat, Dave told us the he and brother Ray Davies had completed a set of demos for the first new Kinks project since the band's last album, 1994's To The Bone.

Back on December 18th, 2015, Ray and Dave Davies finally performed onstage together for the first time since disbanding nearly 20 years previously. Older brother Ray joined Dave and his band at London's London’s Islington Assembly Hall for a runthrough of the Kinks' 1964 breakthrough hit “You Really Got Me.” The following day, Dave posted on Twitter: “We had a great night — it was a fun show — had a blast with Ray.”

Dave Davies explained to us the diversity of the Kinks' sound: “I always think that that was the really important thing about Kinks music in general — is that it's so diverse. And I think it's worked against us as well, with record companies sometimes expecting to hear two songs and that dictates the theme and the sound of the whole album — especially in the '70s and '80s. God!”

Dave Davies says that the ethos that drove the Kinks' best work now informs his own live shows: “Me and Ray have always tried to keep integrity into the music over the years and all the albums, and I'd like to keep the honesty in the live shows, as well. 'Cause people pick up on it, y'know, and trying to uplift people and make 'em laugh and make 'em happy and inspire them.”

In 2011, it was announced that Davies and Kinks drummer Mick Avory were busy compiling a new Kinks album, which may feature the first new music from the band in over two decades. So far, no release date has been announced.