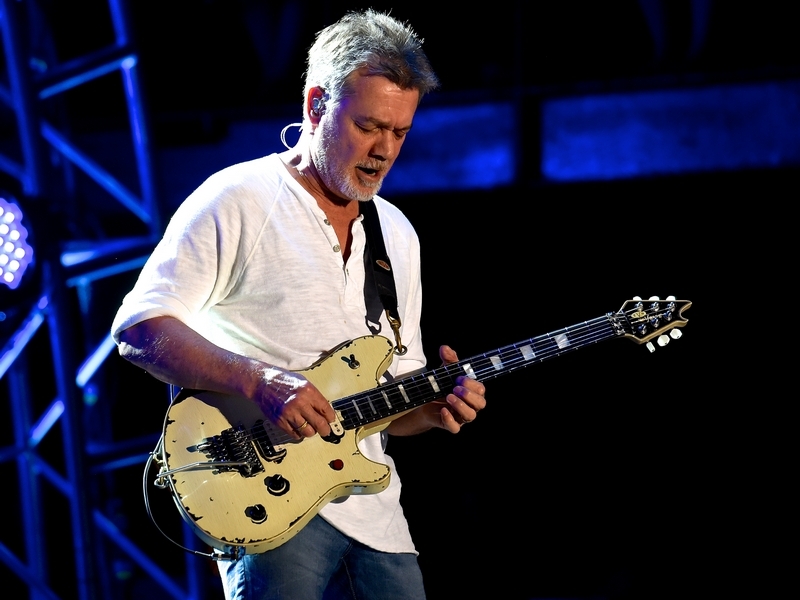 Yet another photo of Eddie Van Halen has hit the Internet, this time via his wife Janie. She Tweeted a photo of the pair in celebration of Eddie's 65th birthday on Sunday (January 26th), with a message stating: “Someone’s celebrating a birthday today – happybirthdaytoyou.”

Earlier this month, David Lee Roth tipped off fans about Van Halen's health and why he was carrying on without him, telling The Las Vegas Review-Journal: “Ed (Van Halen)’s not doing well, and singing and dancing is a perishable skill. If you have the capacity, it’s something that has to be used routinely, if not for the thrill of it and the magic of creating with other incandescent spirits.”

Last week, while publicizing his solo act, Roth told PodKats! Las Vegas Entertainment: “Whatever happens with Van Halen, it's not for me to guess. I wouldn't hold my breath.”

Back in November, a photo of Eddie Van Halen popped up on the social media site of spinal neurosurgeon Dr. Todd Lanman. Lanman posted a shot of him and Van Halen in his office, arms around each other, flashing a pair of thumbs up, with Lanman writing: “Great seeing Eddie Van Halen‬ in my office yesterday.”

The shot was the then-latest photo of Van Halen to hit social media in the span of a few weeks, with his son Wolfgang posting shots of Eddie at a Tool concert, chilling out with him and ex-wife Valerie Bertinelli, and another popping up showing Eddie visiting a Beverly Hills car dealership.