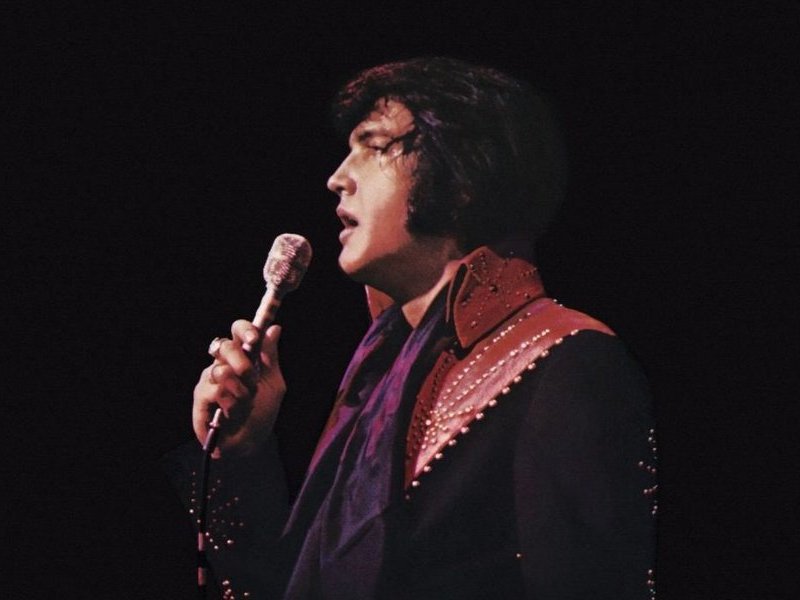 Set for release on February 21st is the latest archival Elvis Presley vault release. The upcoming double-disc Elvis In California is available now for pre-order through the official FTD (Follow That Dream) collectors series, and features tracks culled from “The King's” May 1974 concerts in Fresno and San Bernardino, California.

Elvis' drummer, the great Ronnie Tutt, backed him on nearly every gig he played between 1969 until his 1977 death. He explained that for the most part, taking the stage with Elvis was a blast: “We had a lot of fun. Elvis loved to laugh and make fun of himself and everybody (laughs) else around him. He had his serious side, of course, but we never knew what he was gonna do next, so it made it fun, (laughs) y'know?”

The late-Lamar Fike, who met Elvis in 1954 and began working with him three years later, was considered by many as being the backbone of the “Memphis Mafia.” He shed light on Elvis during the final years: “I think Elvis saw things we didn't see. He saw problems that we didn't see, because he looked beyond a certain point we didn't look. Because he was really the sole supporter of everything and everybody. And I think all the medications and things he was involved in changed his personality. I think it made him a little meaner. But the difficulty really was that Elvis really, sometimes, became his own worst enemy. He didn't take care of his health, like he should of. Signs would pop up and I would see his health decline.”

Evanescence And Halestorm Has Announced A Fall 2021 U.S. Tour