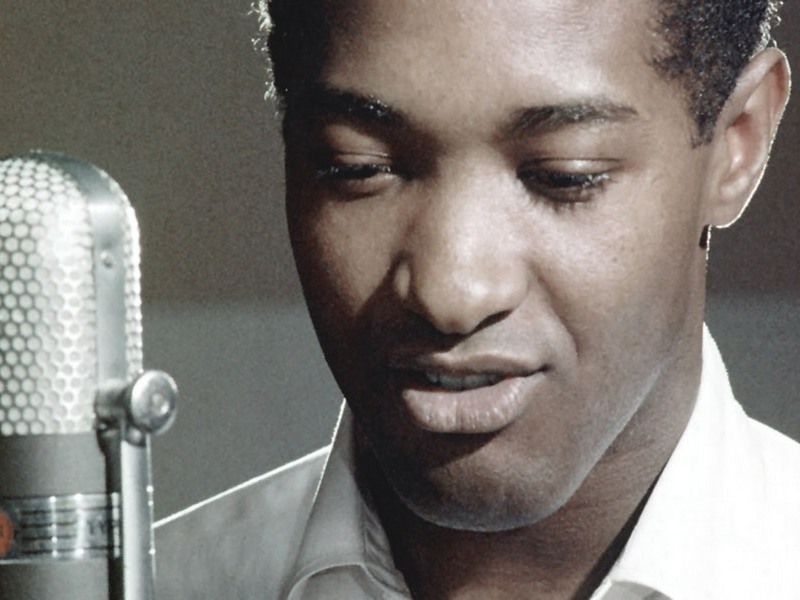 Born in Clarksdale, Mississippi in 1931, he was one of seven children raised by parents Annie Mae Cook and Charles Cook, Sr., a Baptist minister. Cook — he added the “e” later on for show business reasons — began his career singing gospel music in his father's church when his family moved to Chicago. At the age of 19 he was asked to join the Soul Stirrers, with whom he wrote, sang, and recorded gospel songs for Specialty Records, including “Nearer To Thee” and “Be With Me Jesus.”

In 1957, Cooke left Specialty to write and record secular music, signing with Keen Records. His first Keen sessions produced such classics as “You Send Me,” “Win Your Love For Me,” “Only Sixteen,” and “Wonderful World.” Initially Cooke recorded under the pseudonym Dale Cooke, so as not to alienate his gospel fans, but his voice was unmistakable. When “You Send Me” went to Number One in 1957, his destiny in pop music was assured. In his short career, Cooke racked up 29 Top 40 singles, including such timeless classics as “Cupid,” “Chain Gang,” “Another Saturday Night,” and “Twistin' The Night Away.”

The late-Lou Rawls was a lifelong friend of Cooke's, and he can be heard singing on several of Cooke's recordings, including “Chain Gang,” “Bring It On Home To Me,” and “Having A Party.” Several years prior to his death, Rawls recalled how many of Cooke's songs got their start: “A lot of the songs that Sam wrote, he wrote in my mom's house because he would come over with his guitar and he would just say, 'I got an idea for a tune, Lou.' And he would start playing on his guitar, and we would sit there and harmonize like that.”

Rawls often accompanied Cooke in the studio, and he told us about the unique friendship he and Cooke shared: “Sam and I grew up together in Chicago. Whenever he would record, he'd call me and say, 'I'm going in the studio.' And I would go, y'know, and just stand there and harmonize with him, not knowing that they were turning the machines on. And then maybe two or three weeks later, I'd be riding down the street and turn my radio on in the car, and they'd say, 'Sam Cooke's newest release. . . BANG,' and there I was.”

Musician and producer Herb Alpert, who co-wrote Cooke's “Wonderful World” with him, recalled learning the fundamentals of record making from him: “I learned a great deal from Sam. Sam was an entrepreneur, he had his own record label, he had SAR Records, and he was like a teacher. He taught me about how to listen to music. Before that I was very technical, 'cause I came up playing classical music and I was thinking of intonation, I was thinking of law and order and writing it out and making sure all the 'i's' were dotted and the 't's' were crossed. But he said. 'Man, people are just listening to a cold piece of wax.' He said, 'It either makes it or it don't.'”

Sam Cooke was shot and killed on December 11th, 1964, by the manager of a motel in Los Angeles. The circumstances of his death are still unclear, but the manager claimed she shot Cooke in self-defense.

Sam Cooke was a member of the first group of inductees into the Rock And Roll Hall of Fame when it was created in 1986. The following year, he was inducted into the Songwriters' Hall Of Fame.

In 2009, upon entering the Rock Hall himself, the late-Bobby Womack — who was mentored by Cooke, and later married his widow — dedicated his induction to Sam Cooke: “With the last song he wrote, he made a statement and that statement was a song called 'A Change Gon' Come.' And he used to always tell me that it was so crazy back in those days, I mean we couldn't even check into motels, when I think about it that subject has come up again, a change has come. And the biggest thrill for me, more than anything that I ever could do or ever done was to see the world change and Father Time has changed the song from 'gon' come' to 'has come.' And I'm a living witness to be able to say as I stand here today, I can look up at Sam and say 'Sam, we have our first black President, his name is Barack Obama. And do me a big favor Sam, let all of the soul singers know and give them the news.'”

In 2009, Cooke was honored in Cleveland with the tenth Rock And Roll Hall Of Fame and Museum American Music Masters Series, titled Sam Cooke: A Change Is Gonna Come.

An updated version of Our Uncle Sam, written by Cooke's great-nephew Erik Greene, was recently published with extensive contributions from the Cooke family.