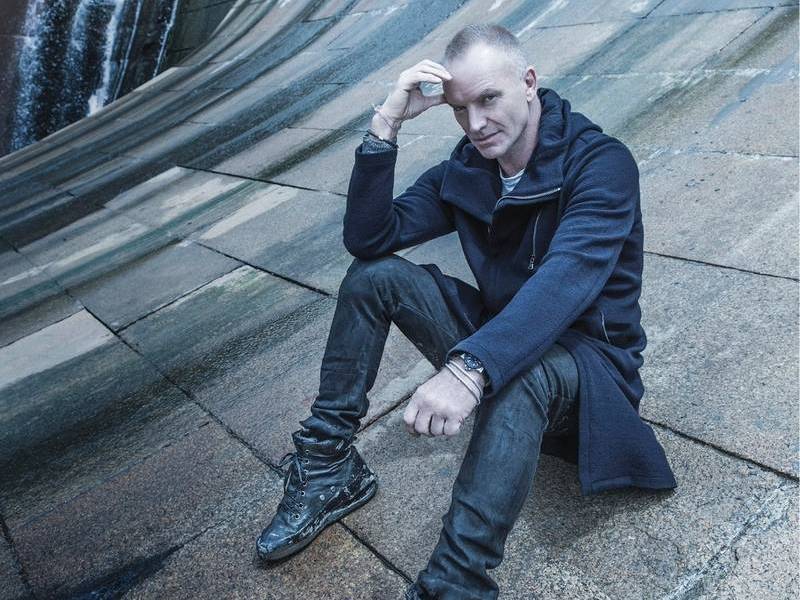 Sting is currently on stage as part of the touring review of his ill-fated Broadway musical, The Last Ship. The month-long Californian stand runs through February 16th at the Ahmanson Theatre. Sting stars as shipyard foreman, “Jackie White,” and will perform the role at every performance.

During a new chat with Billboard, Sting touched on many issues and when pressed about the current situation regarding Prince Harry and Meghan Markle, Sting explained, “I think the press are making more of it than even the royal family are. I mean, he has every right to make his own life. He's only seventh in line at the throne. Have your own life, y'know? It's ridiculous what they're making of it. Poor lad.”

Although Sting has been a global superstar and revered performer and songwriter for over 40 years — the parts of fame that have nothing to do with art still repel him: “My intention was always to be a musician. That's what's written on my passport. That's what I am. I doesn't say 'star,' it doesn't say 'celebrity.' I'm actually a musician. I take my profession very seriously. So fame and the blandishments of fame are secondary to my main purpose. I don't take it that seriously. I enjoy the attention most of the time and I can cope with it. I exercise my citizens' rights. I walk everywhere, wherever I am, alone. I don't have an entourage. People are very respectful. I don't invite hysteria. I'm also able to look after myself if they don't.”

Regarding the Police, Sting firmly believes it's a part of his past: “Everything we set out to do as a band we achieved 100 fold. After you've done that it becomes diminishing returns in terms of satisfaction. I think a band is like a gang. It's like a street gang, teenage gang. You can't really evolve as a human being in a band. I think you're constantly being pulled back into being in the game. So there's no freedom there.”

With legendary band biopics the flavor of the month, Sting balks at the suggestion of one on him: “Absolutely not. I just don't think I want to. I'm telling my story in an artistic way. (The Last Ship) is a metaphor. This is a story about me. I'm in this play in many ways — probably more than I intended to. But the character I'm playing is built on composites of people like my father, uncles, people I was brought up with. That's the way I want to do it, rather than somebody going, 'What's the arc of Sting's life?' I haven't finished it yet.”

Prior to the recent Canadian production of The Last Ship, Sting told CBC how the musical spotlights the world from which he came: “I literally lived within spitting distance of a shipyard — one of the most famous shipyards in the world. Some of the largest vessels ever constructed on planet Earth were built at the end of my street. My earliest memories were of giant ships towering over the houses — and actually blotting out the sun for most of the year. I watched thousands of men walk down the street to work in the yard every day and as a kid I would think, 'Well, is this my destiny?' My grandfather had worked there, my father built turbine.”