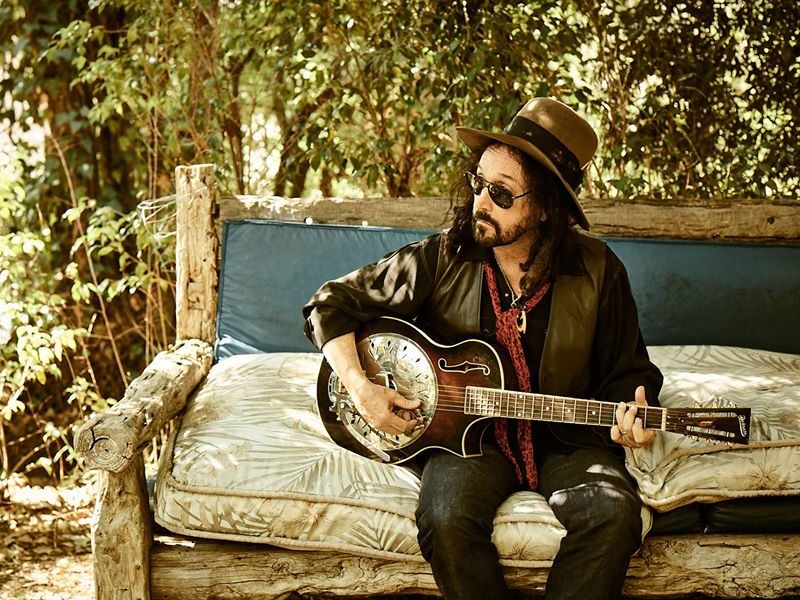 Campbell and the Knobs kick off their 20-date club tour on March 10th at Minneapolis' Fine Line Music Hall and wind things down on April 28th at Tampa's The Orpheum.

Mike Campbell, who was Tom Petty's primary musical collaborator starting in 1971, formed the Dirty Knobs 15 years ago, said in a statement, “Over the years, the Knobs became an outlet for me to play some of the other songs I was writing and to keep the creative juices flowing in between working on albums and tours with Tom & The Heartbreakers. . . Losing Tom was earth-shattering for me. It was a total shock. It had felt like we would be playing together forever.”

Regarding hitting the road on his own, Campbell added: “For a while it was hard to imagine playing in my own band again, let alone one where I’m the frontman. Tom was always my beacon. But everything I’ve been doing since Tom passed, including this album with the Dirty Knobs, is in the spirit of honoring what we did together.”

During Dave Grohl's 2013 documentary Sound City, Mike Campbell recalled his earliest musical influence: “My first musical memory; my day would play Johnny Cash and Elvis (Presley) records. He would come home from the Air Force every day, take off his uniform, lay on the couch, and put on a Johnny Cash record. I just loved it, y'know? And I once asked him, 'Why do you like Johnny Cash so much?' And he said, 'Because he sings the truth.' And Elvis, too, y'know, (guitarist) Scotty Moore and those guys. Those were the records that, he just wore 'em out.”